At the end of last month, a trial version of the next large update appeared on the test servers of the online shooter World War 3 from The Farm 51. It took some time to check the individual elements, but the players finally got it - the patch with the number 0.8 officially became a part of the title. It should download automatically when you launch Steam. 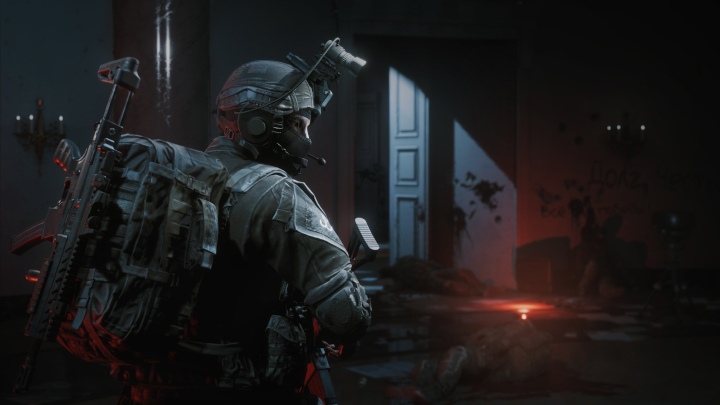 Will the Breakthrough mode appeal to gamers?

The 0.8 update mainly adds the new Breakthrough mode to World War 3. In this game mode the players are divided into two teams - attackers and defenders. The task of the former is to destroy the radio stations on the map by means of explosives (e.g. C4 or grenades) and the latter to defend them. The game continues until all points are taken out or the time runs out. The breakthrough mode is very intense and dynamic. According to the creators, matches can last from 15 to 25 minutes.

In addition, with the 0.8 patch, World War 3 features a new interface for infantry, Napalm, which is a type of support, and the anti-aircraft vehicle Gepard (only in Warzone mode). The blockade on joining ending matches is also disabled and the collimator glass is slightly brightened. The creators did not forget about the improvement of optimization and elimination of a number of technical errors, such as crashes to desktop, invisible packages, setting up Claymores, destructible objects or sounds playback issues. The full content of the latest update can be found on this page. 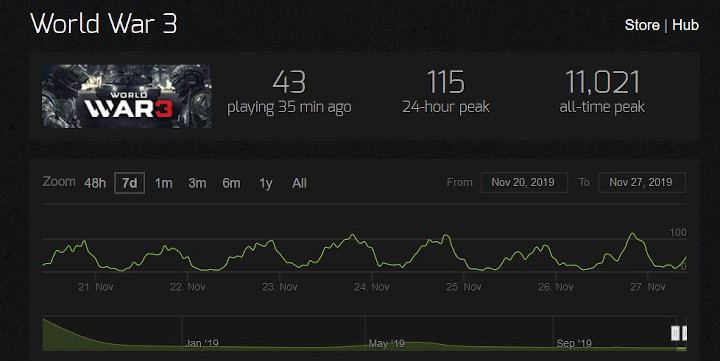 Unfortunately, World War 3 still has a problem with the number of players on the servers.

Unfortunately, the 0.8 patch did not improve the situation when it comes to the number of people playing World War 3. According to Steamcharts data, in peak periods it barely exceeds 100, and the average for the last 30 days is just 54.5. These results may sadden the members of The Farm 51. The title had a lot of potential and sold very well. Some people even saw it as the game that will take down Battlefield. Unfortunately, the poor technical condition at the time of early access debut led to the fact that the game started to lose players. The fans of the title are probably keeping their fingers crossed that after the launch of the full version planned for next year, the situation will change.