In mid-August last year, Xbox Game Pass Ultimate subscribers were given the option to use the Xbox Cloud Gaming (or xCloud) service, thanks to which you can play over 100 selected productions from the Xbox Game Pass library in the so-called "cloud", i.e. via the Internet, without having to install any additional data. For the first months, however, it was available only on mobile devices with Android system. However, this period of exclusivity has officially come to an end. For as Catherine Gluckstein, head of Xbox Cloud Gaming at Microsoft, has announced, the product she represents has debuted in beta in 22 different regions on Apple smartphones and tablets, as well as Edge, Chrome or Safari browsers installed on Windows 10.

However, that's not all. Microsoft has also introduced a number of improvements to Xbox Cloud Gaming. First of all, representatives of the company boasted that specially adapted Xbox Series X consoles are used to launch games, which are later streamed to users' devices. This is to ensure faster loading times and higher frame rates. To ensure the lowest possible latency, video is streamed in 1080p and at up to 60 FPS.

Microsoft has ensured that its employees are working hard on further improvements to the Xbox Cloud Gaming service. What exactly do they include? Details are to be announced soon. 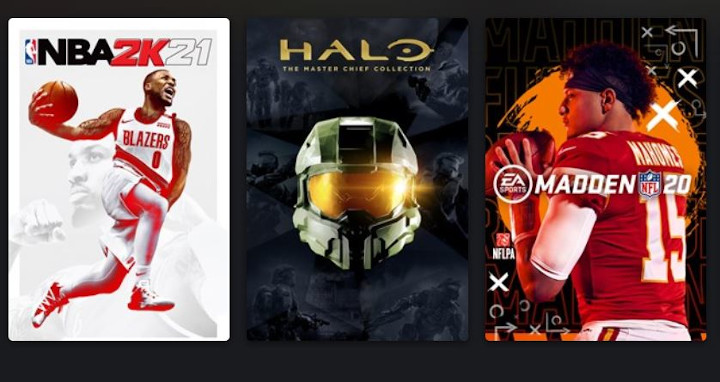 Thanks to Xbox Cloud Gaming you can play Halo or NBA 2K21, among others, in the cloud.

You can access the Xbox Cloud Gaming service via this page. Once you've signed in to your Microsoft account with your Xbox Game Pass Ultimate subscription, you'll get access to a list of supported games and can jump right into any of them. Before you launch, however, it's worth keeping two things in mind. Firstly - if you've made any progress on a particular game in the edition you'd normally install on, say, the Xbox Series X, then any progress will be carried over to the streamed version (and vice versa). Secondly, in order to play comfortably in the cloud, you'll need to be connected to your chosen device with one of the supported controllers.

To be able to enjoy all the benefits of Xbox Game Pass Ultimate subscription, which, in addition to Xbox Cloud Gaming and access to a large library of games, includes exclusive discounts, you have to spend $9.99 per month. New users get a discount - the first three months currently cost only $1. More details can be found here.