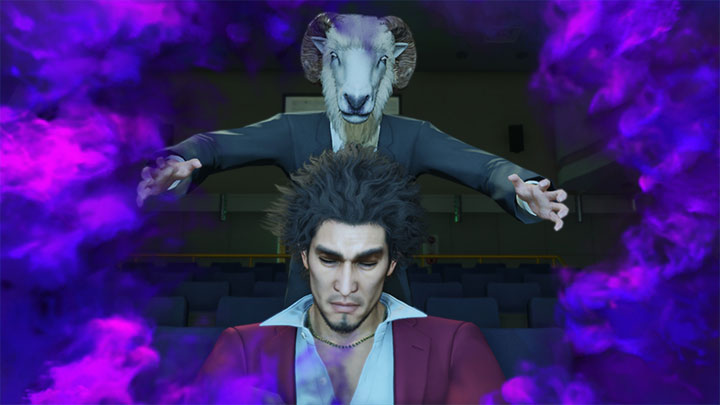 In one of the mini-games we will fight with sleepiness in a cinema.
YAKUZA 7 AT A GLANCE:

The Tokyo Game Show has already started in Japan, and Sega could not miss it. The publisher has released two trailers for Yakuza 7. The first one presents the story and the second one presents the gameplay.

Especially this second video is interesting, because in terms of mechanics Yakuza 7 will be very different from the previous installments. The devs abandoned the arcade combat system in favour of turn-based battles. The trailer shows, among other things, the high interactivity of the environment. For example, characters will break through shop windows, collide with parked bikes, and throwing an opponent on the street can cause him to be hit by a speeding car.

The video also shows many mini-games offered by Yakuza 7, including can collection, go-kart racing and a simulator of pachinko slot machines. Another attraction will be the fight against sleepiness when watching movies in the cinema, where successes will be rewarded with additional combat techniques. There will also be activities known from the previous parts, such as golf, karaoke, darts and arcades with slot machines.

Yakuza 7 is coming to PlayStation 4 and will debut in Japan on January 20, next year. The English version, entitled Yakuza7: Like a Dragon, will also be released in 2020, but the devs are not ready to give an exact date yet.

Shing! - Gameplay From the Upcomig Polish Beat 'em Up