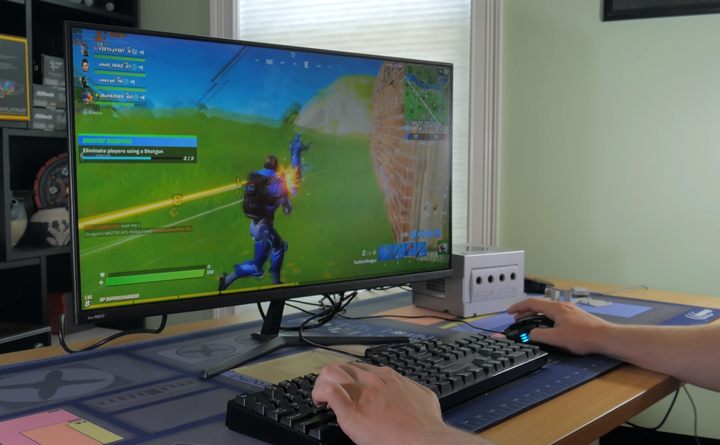 A portable PC fitted in a retro-casing... where do I sign?

The GameCube console was the successor to the Nintendo 64. The shape resembles a cube, to which controllers are connected. It debuted on the market in 2001, and by the end of March 2008, about 21.7 million copies were sold.

Youtuber from the Tech By Matt channel published a video showing how to build a gaming PC in an old GameCube. He then played games like Fortnite and CS:GO on it. Matt bought a broken console via eBay and then gutted it. The biggest challenge was to place the components in the limited space offered by the console case. This was only possible after a series of modifications.

The total cost of building the rig was about 420 dollars. Youtuber mentioned that if you would like to assemble a computer with slightly different parameters, you can put a Ryzen 5 inside and replace the SSD.

The this particular case of an "encubed" PC is not the first one of its kind. Some time ago, one Reddit user boasted of his own project.

Facebook Adds Private Space for Couples and Tournaments for Gamers