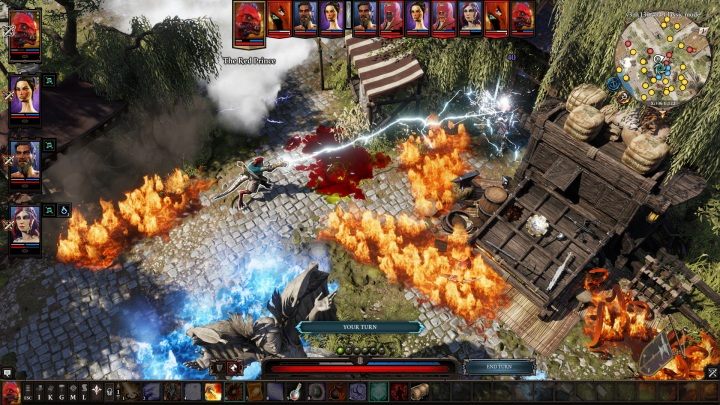 Two years before Disco Elysium lit up the hearts of RPG fans, the genre was enthralled with another production, Divinity: Original Sin 2, from Belgian Larian Studios. This is an extraordinary game, which serves as great proof that consistently developing a good idea in collaboration with a dedicated community can produce a truly magnificent game.

Praising Divinity: Original Sin 2 is the exact opposite of beating a dead horse, so I won't be wasting your time. Suffice it to say, that the game offers a huge world to explore (divided into several large locations, somewhat different in atmosphere and landscape), some fantastic quests (with Larian's hallmark humor), huge interactivity, and one of the best turn-based combat systems we've ever had in RPG. The only issue I have is the plot, and that's only because it's not as good as the rest of the game.

Also not that apart from being a leviathan of a single-player game, Divinity: Original Sin 2 also features a satisfying four-player coop. It lets you complete the story campaign almost exactly as if you are playing it solo  with all the quests, characters and plot twists  except in the company of your friends.