If you ask someone why they love Bethesda games, they can give a lot of reasons. Extensive options to follow your own path, a multitude of side quests, great world design... But I'm pretty sure they won't mention the plot. Usually it's just neither very inventive nor very engaging and it certainly isnt appealing enough to stop you from going from cave to cave and murdering everyone in sight. In the case of Fallout 4, the scrip reaches new lows. No wonder that in the next installment the devs finally gave up and bet everything on multiplayer mode. Look how well that turned out though... 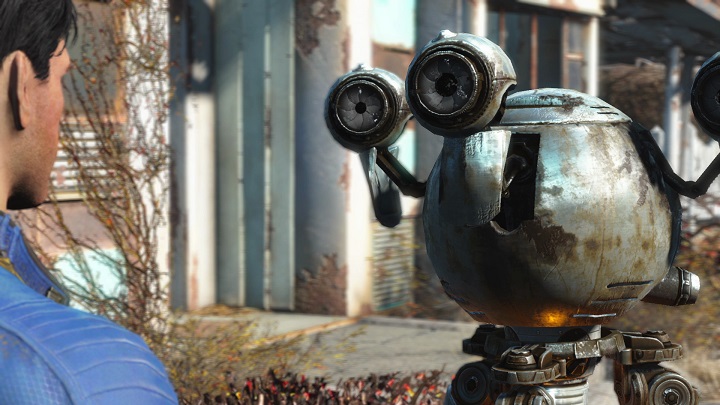 If the scriptwriters of Fallout 4 wanted the players to chase after someone precious to them throughout the whole game, they should have abducted Codsworth, not the protagonists son.

The axis of the whole story is to avenge our beloved one and find our kidnapped son Shaun. The problem is that the devs, in a truly groundbreaking manner, forget about building any connection with both characters, so that from the very beginning we embark on the main storyline because we are forced to rather than anything else. But if we delve deeper into it, it soon turns out that Bethesda's scriptwriters not only can't write interesting characters, but the whole storyline they have invented is boring as post-apocalyptic hell. This, in turn, results in the games numerous plot twists, which were intended to be shocking, invoking completely no emotions. At some point, the game starts attacking us with them at every corner: your son Shaun turns out to be the head of a sinister organization! And he is 60 years old! And he was the mastermind behind the whole plot! The problem is that most players will come across these shocking reveals in short breaks from the wreaking merry havoc in the Wasteland, and their reaction will only be "Really? Oh, wait, there was that kid. I wonder how he's doing now."