In his book, the author of Masters of Doom quotes John Carmack, one of the co-founders of the legendary id Software: "Story in a game is like a story in a porn movie. It's expected to be there, but it's not that important." However, the history of the medium showed the legendary creator the middle finger, offering hundreds of games in which the script was one of the most important elements of the experience. Both, in big and high-budget hits such as The Witcher 3: Wild Hunt or Red Dead Redemption 2, as well as in small games like Firewatch or Her Story, the ability to lead the narrative in an interesting way became the foundation for titles wanting to become an evergreen part of interactive digital entertainment.

Life is good when you keep things in perspective

Remember that the article presented below is a completely subjective opinion and we don't try to diminish the success of great video games. Every item on this list has its pros and cons. Also, every game we mention has a loyal fanbase and we absolutely understand enthusiast of weird Hideo Kojima stories. However, we indicate that their level of complexity is really impressive and even overwhelming.

But, as the recent case of Death Stranding shows, you don't need a scriptwriter of Aaron Sorkin’s caliber to be very successful. And it was on the occasion of Hideo Kojima's new work, which, let's face it, is far from the world's best when it comes to storytelling, that we decided to take a look at great games whose plot was… less than great. Or, if you're not a fan of euphemisms, let us be clear: here are eleven games whose script was absolute rubbish. This means we will not focus on titles like Doom, where the plot was relegated to the sidelines from the very beginning, but about those, in which someone made the attempt to write an interesting story and failed in a spectacular manner. Here is the ultimate list of evidence that Carmack’s statement was not that far from truth... but on the other hand, you would have trouble finding equally stupid ideas even in porn flicks. 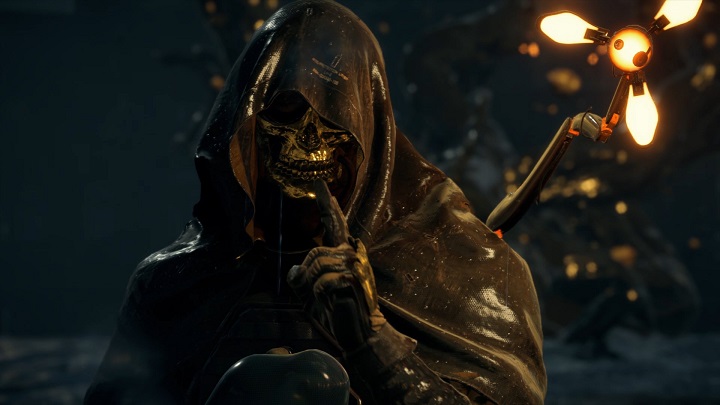 Hush, not a word to Kojima. His ego may not take this well.

Of course, if you want to discover the hidden genius of these stories on your own, there are spoilers waiting for you here, so just in case we give a list of games that appear in this essay. Now you can’t say we didn't warn you.

First, let’s give Hideo Kojima some justice – it’s not an easy task, to write a sensible spy intrigue, spanning across several decades and featuring dozens of characters. Apparently, Kojima quickly realized that he had an impossible task on his hands. That’s why instead of trying to make Metal Gear Solid's story at least partially understandable, he sought refuge in audacity and made the story so confusing few can tell whether they're dealing with someone who doesn't know what he's doing or with a genius. I, personally, would bet on the former though. 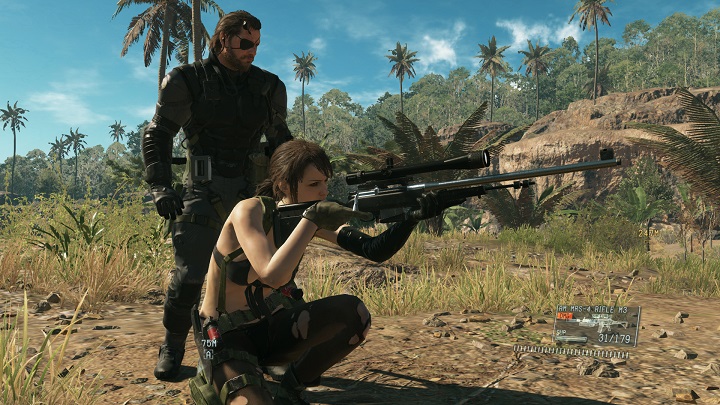 One thing needs to be admitted, Kojima did provide at least a perfectly logical explanation as to why the sexiest woman in Metal Gear Solid V absolutely, POSITIVELY, must wear a bikini. The man has at least some priorities straight.

Kojima crams all of his eccentricities in this one: cutting-edge technology, paranormal elements, exaggerated, up-to-eleven villains pulled straight from comic books, every plot twist he could come up with, and all this generously topped off with pretentious dialogues. It is clear at first sight that the man himself didn't think the franchise could grow to such size and never thought of it as one coherent script bound by logic and reason. The protagonists keep dying and coming back, or they are being recalled from retirement to save the world. There is no shortage of classic twists like “oh, so he was a friend of my father’s mentor figure and my brother all along”, and constant attempts to create a super weapon in the form of a walking battle tank of mass destruction.

Of course, there are some brilliant moments as well, for example, the story of community’s beloved character – The Boss from Snake Eater, but this is due to the fact that somehow, and unexpectedly, an understandable and powerful story of boundless devotion to one's own nation has surfaced from the ever-present confusion. But maybe it's better that the Japanese never bothered to run this story according to his better judgement? After all, it was this sea of gibberish that gave him the unexpected opportunity to experiment with innovative mechanics and bizarre solutions that made this series a legend. And we will remember them, not the half-hour-long cut scenes trying to convince us that somehow this all makes sense.