I imagine that a whole legion of unaware parents made the terrible mistake of buying their kids Kingdom Hearts 3 for their birthday or other holiday this year. Im not surprised and I cant say I blame them; it's a game featuring exaggerated anime characters and a ton of iconic Disney characters. How is that complicated? It must be a simple story about fighting evil, the power of friendship, time manipulation... sinister organizations... Wait a minute, why does this game have like five hundred different threads that are twisted like the mother of all anime pretzels? Why do you have to remember a whole encyclopedia of plot twists just to be able to (barely) follow all of them? Why did the Japanese have to make a game with Donald Duck as complicated as Metal Gear Solid? 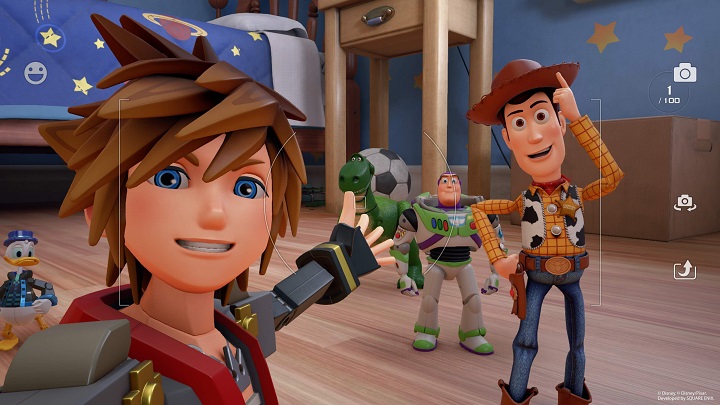  So, how many plot threads do you want in this game?  Yes.

No game, not to mention those whose target audience are mostly younger players, should be so confusing. Of course, the simple concept of battle between good and evil remains solid at its foundation, but it is covered by a truckload of characters, dramatically poor dialogues and general chaos in exposition. The whole matter is complicated even further by the fact that the series is minced into so many games and manga series that it would take months to get a decent hang of the lore of this universe. Not that it prevents us from enjoying the game, the series remains a charming equivalent of taking a crazy roller-coaster ride through a ton of fairy-tale worlds, but with the right approach to the plot Kingdom Hearts could really turn out to be the perfect series for younger audience. Unfortunately, even a professor of quantum physics would have a hard time understanding this load of nonsense.