As I write these words, I am fully aware that in a few day Uncharted lovers will appear in front of our office and demand my head on a pike. Before that happens, let me make some excuses: the first installment of the series is an excellent game, the perfect Indiana Jones video game we deserved, but never got, with brilliant visuals, fast-paced action and phenomenal characters, and I adore it like most gamers do. But it's also the title that featured Nazi zombies, infected with an ancient Aztec virus. 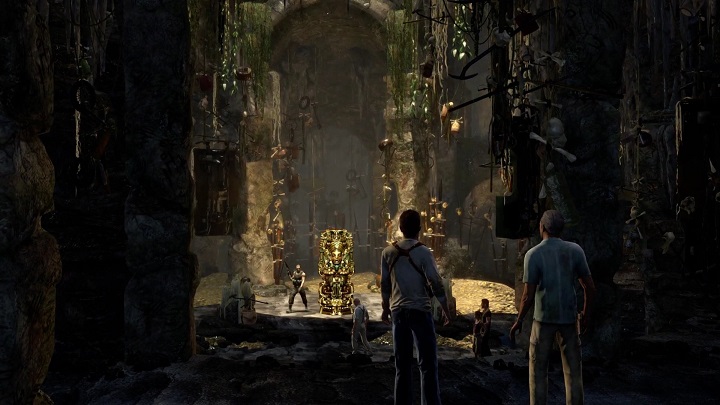 The finale of Uncharted: Drakes Fortune is like the ending of Raiders of the Lost Ark, only very, very dumb.

Dont get me wrong, I don't mind having supernatural tropes in treasure hunter stories (although I definitely prefer the way the fourth installment approached the topic), but the way they were shoehorned into the first Uncharted was terrible. Until the zombies appeared, the game was an interesting swashbuckling story about a daring treasure hunter. As soon as the undead came into the fray, though. it suddenly became clear that instead of swinging on ropes, avoiding traps and performing genocide on unfortunate mercenaries, Nathan Drake would spend the rest of the game trying to get rid of undead Nazis. If they were at least decently designed.. you know, uniforms from Hugo Boss, superior intelligence, all that Übermensch stuff, but no, we got boring, mindless, bland-looking monsters. But lets look for a silver lining here: just six years after having train wrecked the finale of Uncharted with the introduction of the living dead, the same writer gave us the plot of The Last of Us. And although it also featured zombies, you definitely won't find it on this list.