After a disastrous mid-2012 launch and various scandals related to controversial solutions, Diablo 3 has somehow managed to redeem itself enough in the eyes of the community to be considered a contemporary classic. However, the legendary studio couldn't fix one thing: a storyline that could only be redeemed if it sacrificed itself to save the world (and be rewritten from scratch). How could Blizzard, a company with scriptwriters responsible for, among other stories, the truly moving fate of Arthas in Warcraft, greenlight such a train wreck? 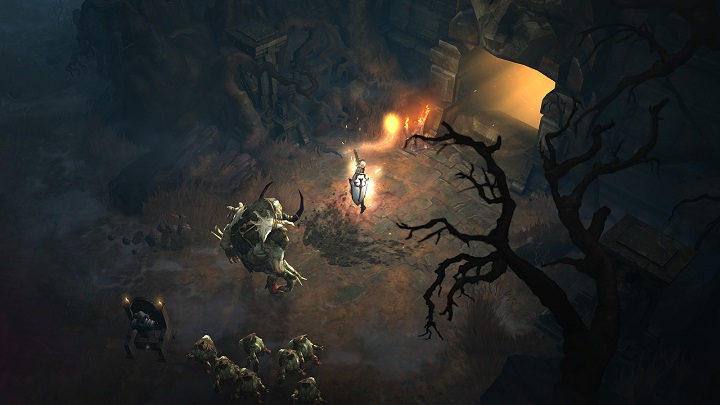 Antagonists explaining their plans to the main character in a 5-minute exposition? I dont know Fred, sounds like a B action movie to me.

To hell (pardon the pun) with the story itself, though it could sure use a bit of a polishing. The tragedy of Diablo 3s plot is that the dialogues were probably written 15 minutes before the game was sent to the press, so the narrative is presented in a way that offends the intelligence of each and all representatives of humanity and the cleverer half of the rest of primates. It's a game, in which the villains practically give the player a step-by-step guide to how to defeat them, in which forced exposition is shoehorned into literally every dialogue line and where even side conversations sound as if they were written by a robot clumsily trying to pretend to be a human. Not to mention the fact that Blizzard has the audacity to kill off one of the iconic characters in a trashy cut-scene, and archenemies invoke pity rather than dread every time they open their mouths. Sure, it's not easy to make a game on which the community has been waiting for over a decade and satisfy everyone, but when it comes to plot, Blizzard didn't even pretend it tried.