We love all kinds of game rankings – lists of top productions causing heated discussions with arguments for or against each title. Many such lists are based on subjective feelings, which may turn out more interesting, prettier and often influenced by tastes that are difficult to define and measure – of individuals or a group. However, there is one indicator that is clear, as it is based on solid grounds and pure mathematics – the number of copies sold.

This is a pretty good way of measuring the popularity of a game as it tells you how many people have chosen to spend their hard-earned money on these games. Some time ago, we presented you a list of the most popular RPGs, and now it's time for strategy games. Nowadays, it is a genre somewhat overshadowed by action games, and RPGs. It turns out, however, that the latest strategy releases can generate a 7-digit number of copies sold, this is even truer for strategy game series which accumulated serious audiences over the years. Here are 11 of the most popular strategy and economic games in the history of the industry.

Similarly to the most popular RPG list, we've decided to choose the most income-generating game from each series – many of them have numerous sequels and expansions that the publishers count when giving the full number of sold copies. To obtain the needed information, we've used data from Steam Spy and various news or statements.

Of course, you need to be aware that it is practically impossible to obtain accurate sale results data, and all the figures we provide are only estimates based on the available information. In some cases, the data obtained is several years-old or there are various unfortunate circumstances preventing us from obtaining the real figures. The initial places on the list, which start with 3 million copies sold, are very crowded, as there are many titles that reached that level. 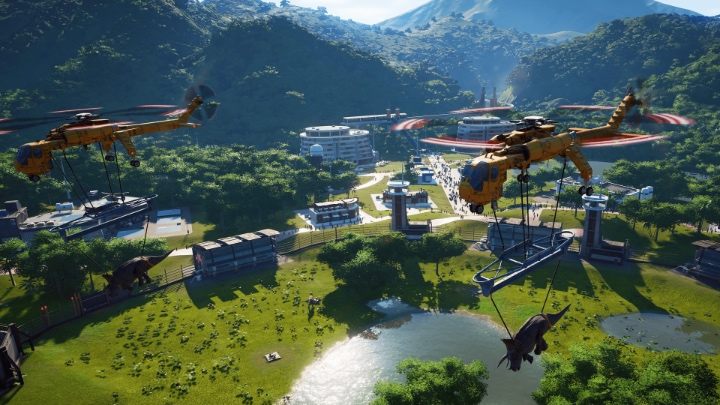 The classic film series from early 90's attract people even now, as there are many players that want to build their own dinosaur park. Released in 2018, Jurassic Park Evolution was a rather simple and not very demanding economic strategy, but those not very complicated rules contributed to the greater popularity of the game, and thus, the amount of copies sold. Critics complained mainly about the gameplay, which didn't had much depth. Many less demanding players liked the pleasant graphics and well-animated dinosaurs.

It took just five weeks for the game to reach one million copies sold, and another six months to double that number. The data for 3 million is from March 2020, so today this figure may be slightly higher. Interestingly, the sequel released at the end of 2021 failed the publisher's expectations in terms of copies sold – perhaps the number of changes did not convince players to reach for this new version. The creators also hope that the premiere of the movie Jurassic World 3: Dominion, scheduled for June, will contribute to increasing interest in the latest installment of the series.