Over the last few months, it has become increasingly apparent how many gaming companies are showing their support and sometimes even engage in social movements or other important issues. Regardless of the emotions these actions may arouse, corporations which are mainly associated with providing entertainment for the masses reveal that they are no stranger to more serious matters and problems. However, let's leave aside the discussion about the reasonableness or sincerity of such manifestations and focus entirely on the video games.

Because mainly in them, and not in the social media, we can find lots of examples which are addressing difficult topics that are important for the society. Under the guise of shooting, exploration, character dialogues or other gameplay mechanics we may discover important world-views and hidden messages, references to the functioning of human psychology or other very complex subjects. In most cases this message is somewhat obscured, it never plays a more significant role than the key elements of gameplay. However, sometimes it can be quite obvious and it strikes us in a lesser or even more overwhelming way. In this article we have prepared 11 video games with an important message that you may have missed.

WHY SUCH A LIST? DOES IT CONTAIN ANY SPOILERS?

Of course, we couldn't get a closer look at all the games that present serious or interesting messages, so the list presented below is rather subjective. Some of the issues mentioned may seem more or less obvious, but let's remember that not everyone has played every game, not everyone pays attention to the plot or hidden story points while playing  sometimes it's due to the gameplay style, in other cases it may be caused by gamer's age or some other reasons. If you want to add anything in particular, then we're counting on you in the comments section. However, please remember to use the spoiler warnings ("SPOILER AHEAD") if necessary.

The following article contains some significant story spoilers and information about game endings of the following video games:

The fact that we're discussing and presenting specific views and messages of particular video games does not mean that we agree or disagree with them. 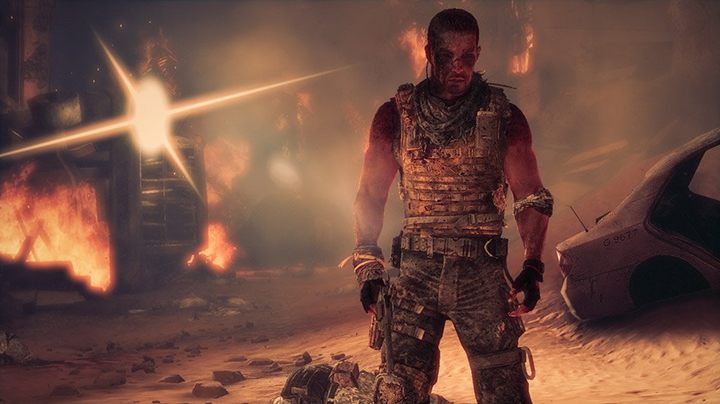 Spec-Ops: The Line can be considered as a game-trap. We start the gameplay as in any shooter  we shoot all around and kill dozens of enemies. Then, we complete our objectives, perform additional tasks and win! Except... no! Not here. Shortly after the game's prologue, the game designers break the fourth wall of the 3D graphics and address these words directly to us:

 If you were a better person, you wouldn't be here..

 This is all your fault.

 Can you even remember why you came here?

We're moving forward as we make progress in every mission, but from a more ethical point of view we shouldn't launch the game at all. Then none of these evil things would have happened. The only thing our squad had to do was to check what's going on in town and fly away to make a report. So why all the shooting? We irresistibly engage in combat with every encountered enemy, because that's what we actually use to do in every other game. But Spec-Ops: The Line begins to punish us for our previous actions. It demonstrates that war battles lead to an inevitable tragedy, to bad decisions, to pain and guilt. So maybe all of this is a price in the name of the greater good? Maybe this is the only way to defeat the core essence of evil?

No. Spec-Ops: The Line makes you realize that taking sides and acting for a good cause, or even being the protagonist, is not always so unambiguous, especially in the case of war. Our hero is convinced that he is doing the right thing, but in the meantime he is wreaking death and havoc. He gradually falls into insanity and post-traumatic stress disorder, only to lose everything and end his life in the mental torture of his own hallucinations.

Spec-Ops: The Line could easily be called a Silent Hill 2 among the shooters. It's not a simple game filled with intriguing moral choices. The developers of Spec-Ops: The Line have emphasized the tragedy of war and soldier's mentality on an unprecedented scale (in comparison to competition). They strike the player with the power of Thor's hammer and use everything they can: the sounds of the main menu, the choice of songs, the visuals of the loading screens and finally the thrilling scenes during the gameplay. Not only the pictures of brutal battles are disturbing, but even the appearance of the main character himself that gradually transforms into a portrait of Dorian Gray. In Spec-Ops, we're guilty of genocide and the death of our teammates. Ultimately, we can witness the fall of the main protagonist. Initially, it was for the greater good  just cause. Unfortunately, there is no good or evil during war. There's only evil.