In a perfect world, all new games would be original through and through. The creators of electronic entertainment would compete in inventing fresh, ingenious solutions, and players would be delighted with every released production.

Pouf! And then I woke up.

Of course, it's not like that and – to be honest – I am not sure if I really would want it to be. As they say, imitation is the sincerest form of flattery. We often can't help but wonder how would the mechanics from one game work in another one, and studios experiment with recycling other ideas quite freely.

The developers borrow each other's solutions, and we, the players, verify their achievements. And we generally don't like feeling cheated. Ubisoft had to change the formula of the Assassin's Creed series, because after Syndicate, which wasn't a bad game on its own terms, fans were fed up with the same old game released every year in new package. We also often bemoan production-line, twin installments of series like Call of Duty, Battlefield or FIFA, which doesn't prevent these games from selling like hot cakes every year or so.

Some development studios specialize in delivering roughly the same games. Coming in new boxes and offering minor adjustments, these games are virtually identical pieces of code as their previous and next installments. Playing these games, it's immediately clear who's responsible for them – without even looking at the title screen. What's interesting is that at the end of the day, pretty much nobody seems to be bothered. Judging by the sales, we are actually begging the developers to give more of the same thing.

Why is that? What are these games? An analysis of the output of several video game producers will provide answers to these questions.

Let's start with a studio, which I am a huge fan of (in fact, this applies to most of the items discussed in this article – because even if I do not like some of these companies, I love their games). Nevertheless, even from this position, it's impossible to turn a blind eye to what FromSoftware has been doing for over a decade. Since 2009, the Japanese have been giving us more of the same thing, and we don't even want to pretend that we don't like it – more each time.

Hidetaka Miyazaki's team created the soulslike subgenre and continues to develop it. The crowning achievement of their work was Elden Ring, their most recent release. One of the main candidates for the game of the year in 2022 is an excellent production, the quintessence of the studio's achievements to date and, in a way, it redefined open worlds in games. 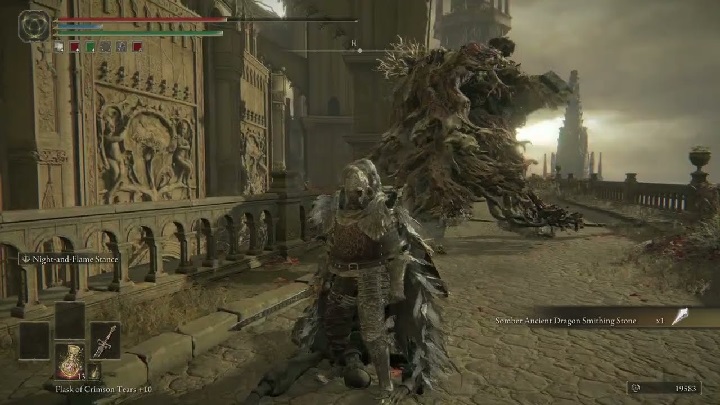 Fans of FromSoftware, however, will easily find borrowings from its portfolio in this work. Small changes? They're actually huge. Their scale becomes the more visible the better we know the individual games – mainly the Dark Souls series. Some people even call Elden Ring the fourth installment of Souls, just under different name. That's at the same time true and a false generalization. On the one hand, this is, in a way, the first, open-world Souls game, but on the other, there's a lot of arguments refuting this hypothesis.

The first impression, however, is that you're playing Dark Souls 3. The opponents also seem strangely familiar. The dungeon gargoyles resemble the slave knights, and the basilisks spitting deadly poison only differ in color. We can find many more borrowings like these – and it's not the first time. Even the idea in Bloodborne to collect vials of blood for healing was not new, as we were restoring health with grass items in Demon's Souls in a similar way. Only Sekiro: Shadows Die Twice can be considered relatively different, but some of its elements are reused in Elden Ring anyway.

But so what – when every FromSoftware game is at least good – not to say very good – and the fans apparently don't mind certain repetitions? Why reinvent the wheel? In addition, thanks to the use of proven solutions, Hidetaka Miyazaki and the company gradually polish the formula, and it seems to be working out great for them judging by the progress they make in subsequent installments.