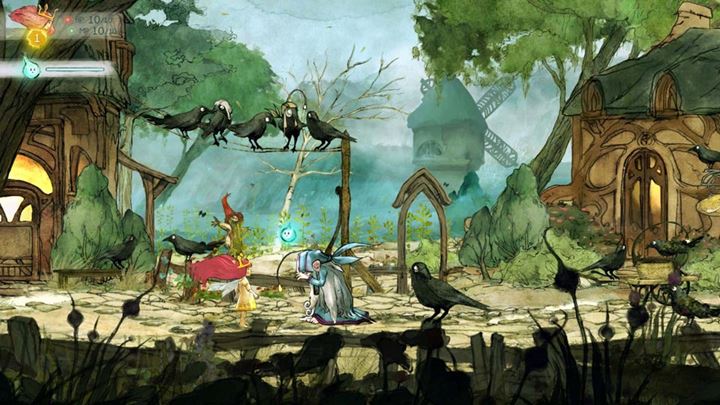 Child of Light seems to be a seemingly sweet fairy tale about a princess traveling through fantastic lands. All this in a wonderfully colorful graphic design and with a soundtrack that comes close to genius. The beings who die here die only symbolically, without blood spill, without brutality. However, this doesn't change the fact that the whole game is about death.

The main character dies at the very beginning. Everything that happens next is just a figment of her imagination, the last flashes of mind before ceasing to exist. If you look at the game from this perspective, it seems more of a gentle taming of death than a candy fairy tale without much meaning.

Aurora, the main character, imagines gathering her friends, who represent parts of her own personality, and growing up to overcome her own anger, personified by her step mother. At the end, for the first time in her life, she manages to feel fulfilled and at peace with her fate. All that goes on in her imagination is a product of Aurora's refusal to accept her own fate. When she finally does come to terms with it, the fantasy land becomes her home. 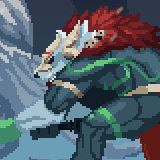 Death's Gambit is a metroidvania in a completely different style from Child of Light. There is a lot of brutality and literal combat. In the game, we play the role of Gambit, the envoy of Death, whose task is to get rid of all who, despite their old age, still defy it. There are many actions and projects drawn up by inventive vampires and other monsters, but less considerations about death as such, so the game only gets a honorable mention. 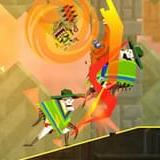 Guacamelee! is a platformer so incredibly colorful and filled with dynamic action that it is impossible to tear yourself away from the screen. The creators take advantage of the vibrant Mexican culture – which treats death in a completely different way than, for example, Europeans. There are many dead people and even more deaths here, but the thrilling action doesn't really leave time for any reflections on the differences in the concept of death.