Our list also includes a Polish accent, Bethesda's great hit, the long-awaited Hogwarts RPG and several new, fresh projects. It is not known exactly when Dragon Age 4 will appear (probably in 2024), so we wrote only a few words in the frame about this game. However, I am extremely curious how we will perceive all these games in a year's time. And you, which one do you think will be a hit and which will be a complete flop? 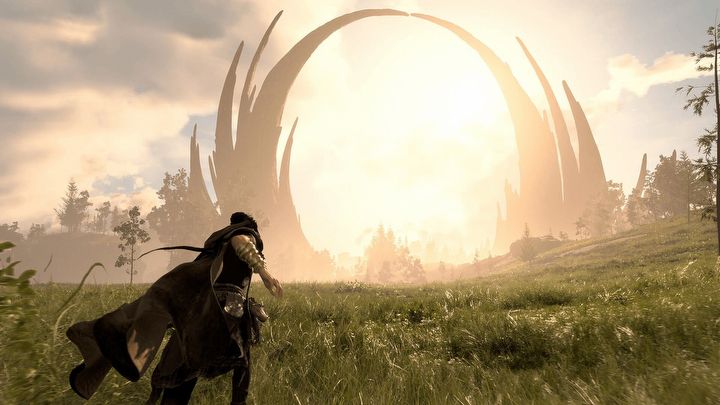 The static photo does not reflect the freedom with which the protagonist moves around the vast fantasy world. Photo by Forspoken. Square Enix, 2023.

Forspoken is a sandbox RPG set in a classic fantasy land with innovative approach to gameplay. The protagonist is a young girl - Frey Holland - who was magically transported straight from modern New York to a world in crisis. An enchanted bracelet talks to her, telling the woman how to use her new abilities.

And there are plenty of those. Frey doesn't run so much as whizzes around the beautiful land, like the fastest cars of the 21st century. In addition, he jumps to sky-high distances, performs acrobatics in the air reserved only for anime characters and fights enemies in a spectacular way.

The game has superb voice acting. Noteworthy is not only the atmospheric soundtrack, but also expressive sounds, as well as excellent dubbing. Regardless of which language you hear, it will make you feel like you are in a great show that you do not want to leave quickly!