For slightly different reasons, I have to complain about The Medium. This – for a change – I finished, although I did have to force myself a little. But first things first – can the game from Bloober Team even be called "beautiful?" Arguably; some of the visual elements are hard to deny appeal. The forest looks great – after Blair Witch it was to be expected – and the realm of wraths, inspired by the surreal paintings of Zdzislaw Beksinski, is simply delighting. 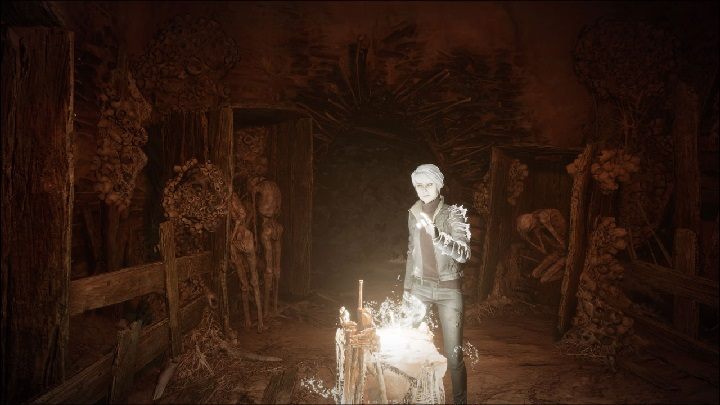 Light, dark... and boredom in the background.

But so what, if after the first session with the game – with the first escape from the monster, which is coincidentally almost halfway through the story – I started to feel that I will need to force myself to see it through. Intended as a tribute to the classics of the genre, the gameplay has aged poorly; no wonder Capcom introduced so many changes to Resident Evil 2 remake. Worse still, the plot did not interest me at all – just a genre cliché, with a finale that's fairly easy to predict. If only The Medium could really scare you...

The fact that the developers mixed the signs visible in the game world did not help to keep the setting consistent either. Some of them are in Polish and some in English. Where is the action taking place? In the Polish city of Krakow. Now, I was willing to shrug some things off. I could swallow the noisy marketing slogans that made it seem like only the ninth generation of consoles was able to display picture-in-picture. However, the lack of setting's consistency is really hard to accept – especially since the game doesn't have much more to offer in other terms. Apart from being available in Game Pass, from which it has already been dumped.