Another production I tried as part of the Microsoft service was The Ascent. Encouraged by positive reviews – full of admiration for the graphics – and availability in GP, I downloaded it, knowing that it was probably not my kind of vibe. However, while I liked the cyberpunk reality, I found the rest rather disagreeable. I found the gunplay rather average, and every few moments I had to invent new epithets for an unequal level of difficulty. I quickly started to ignore the completely pretext story – as did numerous mistakes and shortcomings. 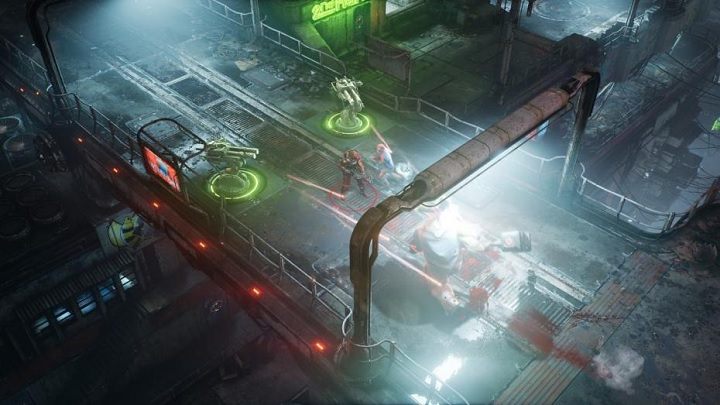 The neons of the streets mark the trail... I imagine shooting like in the old days...

Eventually, after a few months, I finished The Ascent. If I had to name one thing that made me come back and kept me going, it would be the beautiful artwork. Currently, the only thing I remember from the production of the Neon Giant studio is that it looked great. Since I've been playing the game over a period of a few months, the fact that the game was about eliminating legions of enemies became somewhat irrelevant.