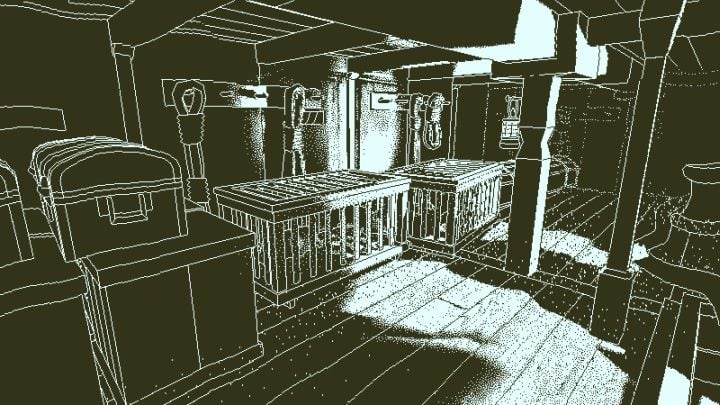 Ghost ships has always been a worthy subject for writers or filmmakers, but for games it somehow failed to break through. So it's all the more worth a look at The Return of the Obra Dinn, where we assume the role of an insurance agent for the East India Company. Obra Dinn, in turn, is a ship that, after being lost at sea, returns to Port several years later, only without a living soul on board. By studying the tracks and the diary entries, we need to reconstruct the events of the past.

A detective production of the creator of Papers, please is notable for its graphic setting. The monochrome, two-color images were inspired by games for the first Macintosh computers of the mid-1980s. Macs at the time had just such one-bit monitors. And while these machines were popular mainly in the DTP industry, the list of games available for them turns out to be at least decent.