Battle Royale games – a genre inspired by the fight for survival, borrowed from a brutal book by the Japanese writer Koushun Takami titled... Battle Royale – these are the games that you can either hate and avoid, or love and play only them. We've been playing for some of those games for years now, and it's hard to imagine them losing popularity – others, like Hyper Scape from Ubisoft, failed to generate any significant interest over time. But there are some new titles almost ready to grace the genre of battle royale. Which BR games are worth playing in 2022?

More than four years have passed since the release of PUBG: Battlegrounds (formerly known as Playerunknown's Battlegrounds). Almost two million reviews on Steam, about 70% of which are positive (though they are no longer as reliable on the platform) are a testament to the game's unwavering popularity. However, the heyday of PUBG: Battlegrounds is unfortunately a thing of the past. Once upon a time, you had to pay about 20 bucks for playing PUBG – and while it was an effective protection against some cheaters, this financial model did not survive the test of time, gnawed by the free-to-play (and much better optimized) Fortnite. PUBG: Battlegrounds had to switch to ftp as well. 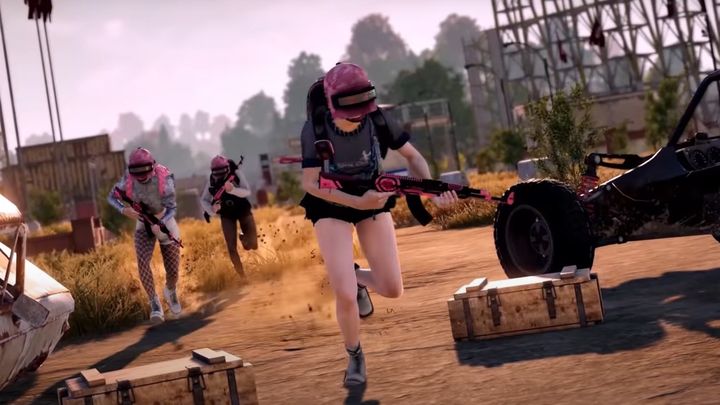 However, the formula turned out to be the starting point for many subsequent Battle Royale titles. Up to a hundreds players jump out of the plane flying over the map – each participant of the deadly competition must touch down, collect the loot abandoned in buildings and chests, and then eliminate as many opponents as possible without being killed. Simple? Seems so – the dynamics are also enhanced by the zone ring, which keeps shrinking down to a randomly selected point on a large map – which forces you to fight in an area that keeps becoming smaller. Only one player can be the last person standing. Simple?

Fortnite is now – invariably, for many seasons – the most popular shooter in the Battle Royale genre. The game from Epic Games – and indirectly, the people playing it – get scolded mainly for two things. One of them is about the visuals, which are evocative of games for kids – this impression can be deceptive, though, and it's enough to play it once to see for yourself that this is a game practically for everyone. 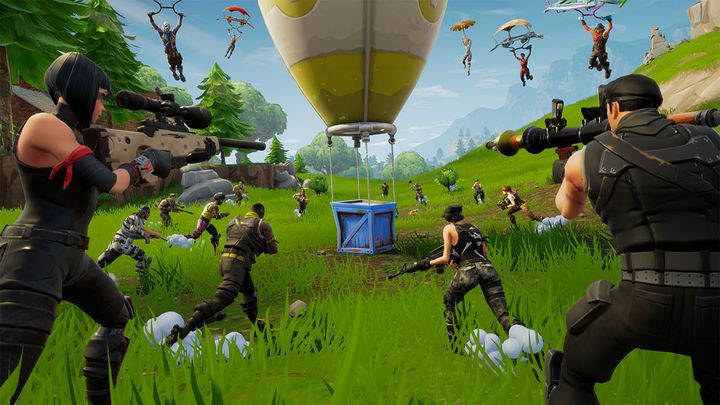 The gunplay, on the other hand, is quite excellent, and that's significant in a shooter game, eh? What sets Fortnite apart from other games of this type, however, is not shooting various guns, but... acquiring resources from the environment (collected by destroying buildings on the map, trees, stones, etc. with a pickaxe) and building fortifications with their help. Makeshift constructions allow you to overcome obstacles and offer completely new tactical opportunities for flanking enemies or taking cover. In addition, this games is perfectly optimized, for real – even owners of lower-end PCs can enjoy Fortnite. It's also constantly updated, thanks to which the game is fresh every season and doesn't let players get bored.

However, if you prefer a game set in a more realistic setting, you should check out Call of Duty: Warzone (if you haven't already). This is a special multiplayer module integrated with subsequent installments in the series, which allows up to 150 people to play at the same time! As in the case of other BRs, you can try to buy a battlepass, which is using quite a fair model – its subsequent levels partly return the money invested in the pass, which is a fantastic business decision, both for the developers, and players themselves, as it keeps the community engaged for longer. 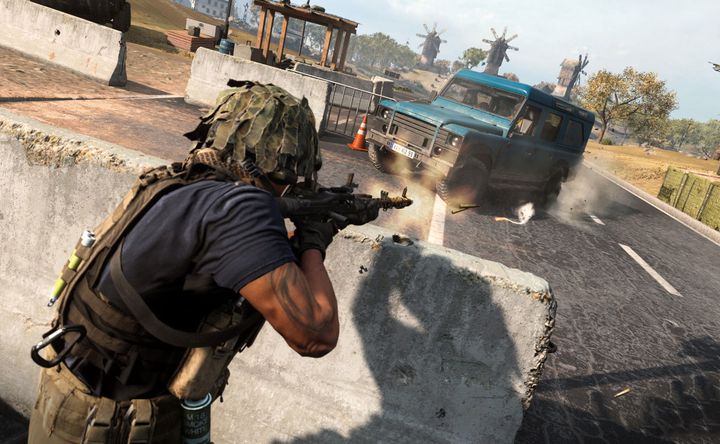 What can you expect from the game? Extremely dynamic gameplay, well-animated and properly sounding guns and relatively fair gameplay. Shooting is very dynamic – it's not only combined with a simple, but effective set of moves (slide-ins or tactical use of a parachute while moving from point to point), but we also get a lot of interesting tools to help eliminate the opponents, and quests that encourage, for example, hunting a specific player – thanks to which the gameplay is much more diverse.

Let's not forget smartphones and tablets. While you can't play Call of Duty Warzone on your phone, there's Call of Duty Mobile, which, apart from many, classic multiplayer modes, also brings a 100-players battle royale mode. If you enjoy fast matches during your commute, make sure to try Call of Duty Mobile. Especially since it's free to play!

If, however, Warzone is unacceptable to you – possibly due to realistic setting or the boycotting of Call of Duty games – you can try your luck in Apex Legends, once the strongest competitor of Fortnite, which, however, could not stand the pressure of Epic Games in the long run. It's a pity, because Apex is a very good first-person shooter and a great battle royale. 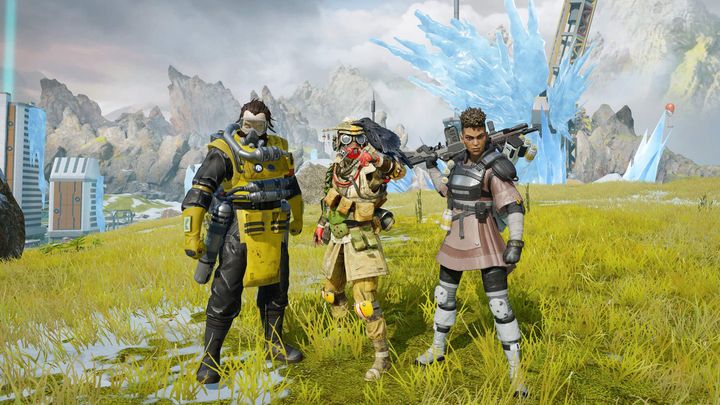 Compared to Warzone, the clashes in Apex Legends are conducted on a much smaller scale – 20 teams face each other in a murderous tug-of-war – each of them consists of three heroes, who can't be used twice inside the same team. Each of the dozen or so characters has unique abilities used to gain an edge over the other team. Skills are divided into passive character traits, ones that can be activated once in a while, as well as powerful special abilities, called "ults" in the jargon. Be warned, however, that the pace of the game is much faster than in the case of Warzone!

The creators of Fall Guys: Ultimate Knockout – a production that became all the rage back in mid-2020, and not only among fans of wacky, Japanese TV shows – did not ultimately manage to keep up the pace of introducing new elements into their game, while it, unfortunately, really needed them. It's not surprising that there was a substantial exodus of players, migrating to another (less expensive) hit from around that time, Among Us. It's worth giving a chance to the game by Mediatonic studio – because it's a very good and simple battle royale. 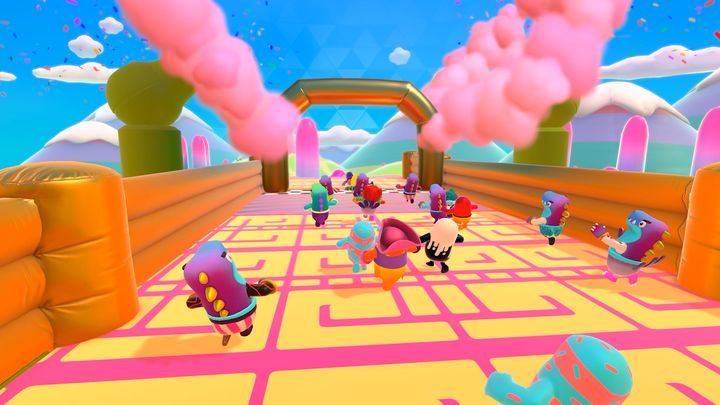 Charming tic-tacs dressed in fast-food costumes, rubber dinosaurs or famous characters from video games and pop culture – all sharing the same tasks: to complete tournaments consisting of several smaller stages. These stages are different mini-games – sometimes races, sometimes a game of memory, sometimes a lovely variation of capture the flag. All of this is dipped in some visuals, without pay2win elements, with relatively short stages, which makes the "one more round" syndrome extremely strong and that you can learn the ropes in no time – winning is the only thing that counts here, so you often have to be utterly boorish.

Hunt: Showdown is the child of Crytek, the same studio that gave us Crysis – a game that gave all of our computers a run for their money back in 2007. How has this production managed to win the hearts of many a battle royale fan who keep returning in-between playing newer shooters? Well, it is quite a nice diversion from other battle royales, in which the main task is to fight not only with players, but also with mobs hanging around on the map. 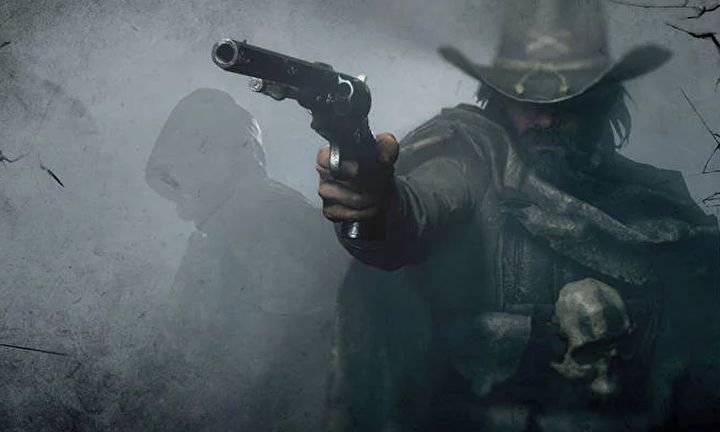 The scale of the game, however, is definitely different – up to five teams of two (you can also play solo) compete with each other for the trophies of extremely dangerous beasts. However, the whole fun is not only about killing mobs, but also about escaping from the fishery – fighting along the way with each other and with minor filths, such as zombies. They can also be used for diversion and recognition of the enemy's presence – every careless step can reveal the player's position to other hunters, so in Hunt, the fun is rather slow – at least compared to other BRs on the list.

This is probably one of the more quirky f2p battle royale games on this list. However, it's definitely worth waiting for – not merely because the game will be free to play. Vampire: The Masquerade – Bloodhunt is a battle royale about bloodthirsty vampires that's unlike any other game from in this list – in terms of reality and gameplay. 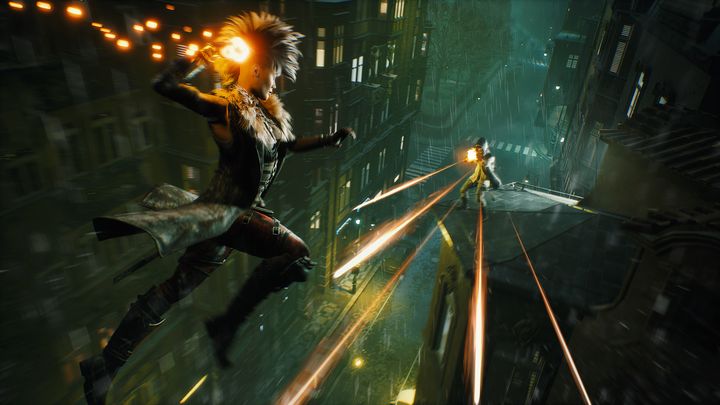 We play as various vampires who try to eliminate each other – of course, they are aided by various special features of the guided characters, the ability to move on different surfaces, such as walls and roofs (the map on promotional materials looks highly verical), and the ability to suck blood from NPCs, thanks to which we will get specific modifiers. There are a slew of guns, and we play in third-person perspective. The game performed great in social testing and I am already looking forward to the full version – due in 2022.

What will we get when we decide to mix battle royale with parkour elements, a combat system focused around melee weapons, magical abilities and Far East atmosphere? The creators of Naraka: Bladepoint asked themselves a similar question – it turns out that the production, although at first glance may resemble a combination of Fable and Sekiro: Shadows Die Twice – has a chance to turn out a tasty morsel for fans of dynamic, gimmicky combat. 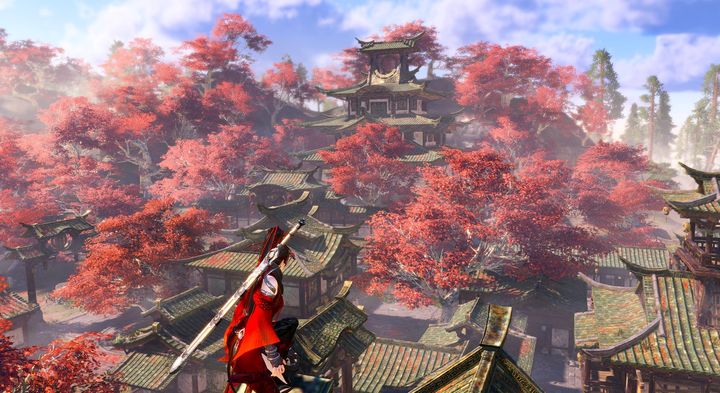 The graphics are hardly ugly, but they're not jaw-dropping either – unlike the gameplay itself, which, due to the emphasis on melee weapons, is much more chaotic than what the competition offers. After adding the possibility of climbing on virtually all surfaces, from the walls of buildings to trees with available parkour abilities, we will get a game for battle royale fans who have already had enough of the usual formula and are looking for a game offering a different approach.

GRIT was not released yet – the Early Access version is expected in 2022, although the precise date is still unknown – but it's already causing quite a stir among fans of Battle Royale games. It's not surprising that this excitement comes from, among others, moving the action to a setting that's less explored in BR games. It's the Wild West – instead of using vehicles, we will ride a vicious steed, collect ammunition and equipment, and deliver adversaries not to the police station or hospital, but the local saloon. 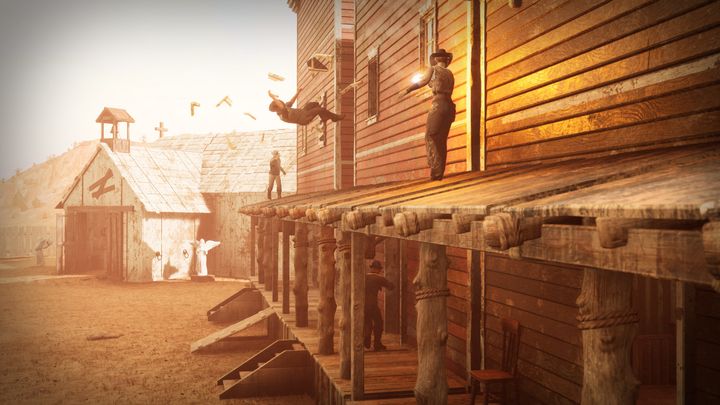 Moving the action to the Wild West will not change the foundations of battle royale – in GRIT, we will find many borrowings from other productions. 1vs1 duels is a good example, as they will allow the winning player to return to the battlefield after defeat (a bit like a Warzone gulag). The creators, however, have a few aces up their sleeve – such as a perk system, combinations of which can affect the style of play of individual cowboys participating in the match. Did I mention the flashy gunfights from horseback and chasing speeding trains? It will be a very Wild West ineed!

I Suck At Battle Royale, and Apex Legends is My Favorite Game

How to reinvent the genre and enthrall millions of players while also staying cool? This question must have been asked at least once in Respawn Entertainment's HQ. And, oh boy, did they manage.