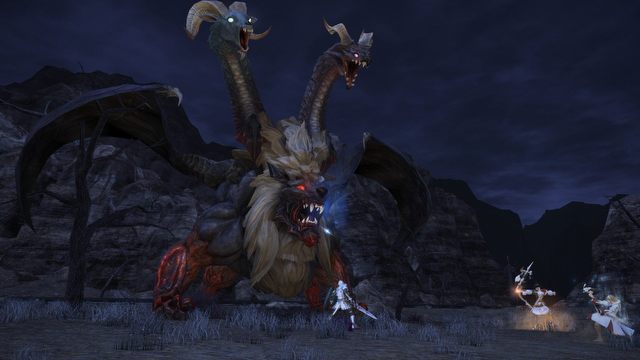 With Final Fantasy XIV I have just one problem: this game is first an RPG, and then an MMO. Nevertheless, it is impossible to deny that it is a really good production. However, I shake my nose at the extremely rigid combat system, adapted to the PlayStation controller, and therefore very limited. While there is no shortage of "clickable" skills at higher levels, so the game keeps you busy, it is not necessarily something pleasant, let alone dynamic. Of course, there will be people who prefer such a solution, and players looking for something calmer can confidently reach for Final Fantasy XIV .

The advantage of this MMORPG (or RPGMMO) is primarily the plot. It's the core of the fun, basically guiding us from the first to the last level. At the same time, it is a mandatory element to complete if you want to have all the attractions in Final Fantasy XIV unlocked. Classes that specialize in collecting resources and creating items also deserve attention. All of them have skills and quests that are specifically assigned to them, so they are practically a separate part of the game.

Finally, let me just mention that Final Fantasy XIV is constantly being developed, and updates with new content appear so regularly that absolutely no one has the right to complain about the lack of new stuff coming. I wish every MMORPG got so much love from its creators.

Who's this game for? For players who expect PvE, story and interesting crafting, and are not interested in PvP.

Is it regularly supported? Yes, updates come out extremely regularly.