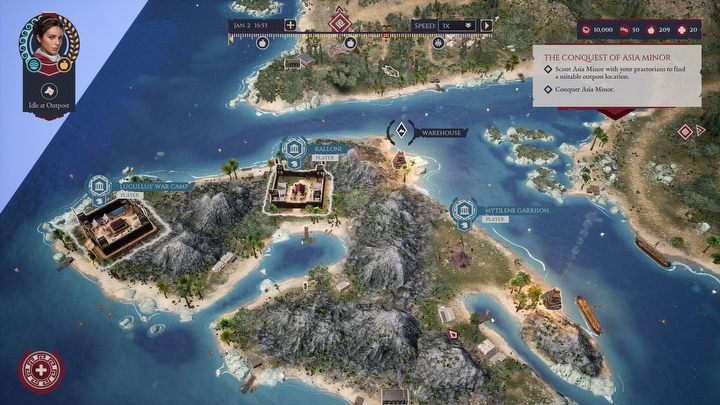 Already at the beginning the year, the third installment of the Expeditions series will appear, a mix of strategy and RPG. Expeditions: Rome will take us to antiquity, when the Romans exercised power over most of the civilized world. Specifically, we will land right in the heyday of Julius Caesar. As Legatus (son or daughter of a murdered Roman dignitary), we will join the army and start one of the three campaigns that the game offers. We will visit Gaul, Greece or North Africa.

The gameplay is an evolution of Logic Artists' idea. We will traverse the map in a truly strategic way, deciding which skirmish we want to engage in. The crux of the game is a purebred RPG using hexes. Our team will take up fights, which we will command in isometric perspective. The battles will take place in a turn-based system, based on the appropriate use of the heroes' skills and classes assigned to individual characters.