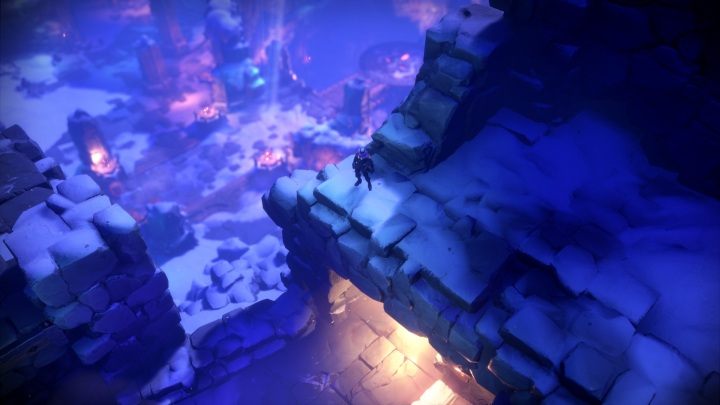 What exactly is Darksiders Genesis?

A new game, part of the recognized Darksiders series. However, while the three main parts of the series were adventure games showing the action from third-person perspective, Genesis intends to dramatically break this rule and offer gameplay and camera placement closer to Diablo or other hack'n'slash games. The game is developed by Airship Syndicate, headed by Joe Madureira  a respected comic book creator who largely shaped the first installment of the series, as well as the entire Darksiders universe.

What is the plot of Darksiders Genesis?

As the title suggests, the production is a prequel and its action takes place before the events set out in the first part of the saga. The main characters are War and Conquest  two Horsemen of the Apocalypse, who received from the Council the task to hunt the demonic masters called by Lucifer to upset the balance of the world.

The action in Darksiders Genesis will be shown from an isometric perspective. The fun comes down to studying a variety of locations, where you will encounter dozens of enemies. Defeated monsters leave behind weapons and other equipment, providing an increase in the strength of our Riders. The two protagonists are very different, offering totally different experiences. The first prefers melee weapons, the second prefers keeping enemies at bay with two guns. You will be able to complete the game on your own or in co-op with another player.

I have the impression that the announcement of Darksiders Genesis met with a rather cool reception. For me, changing the nature of the gameplay is not a bad idea, and I do not think the decision stems from the devs wanting to create a new installment at minimal cost and effort. Genesis looks very good on the screens and gameplay footage, both in terms of graphics and gameplay, which seems to skillfully combine combat, exploration, and platformer elements. It is also worth recalling that this is not the first romance of Airship Syndicate with isometric perspective. After the successful Battle Chasers: Nightwar, we can venture to assume they've got a good recipe for that.