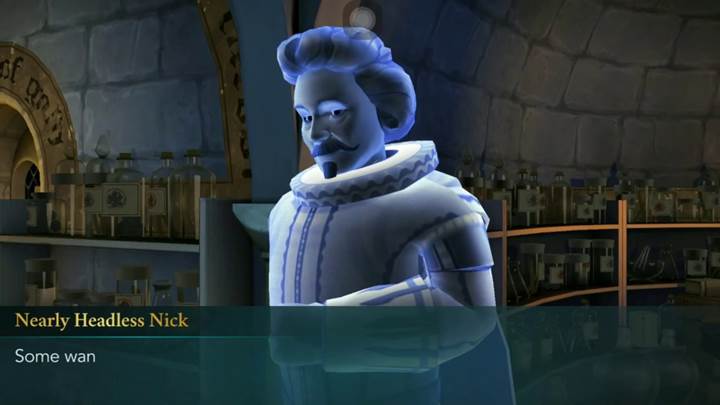 For now, we're only certain about the appearance of Nearly Headless Nick in Hogwarts Legacy. However, if he appears, then we can probably also expect other Hogwarts ghosts (especially those assigned to houses) to slip through the background. In addition to the four guardian spirits, we are of course also talking about the Fat Lady in Painting, the protector of entrance to the Gryffindor tower.

She will also appear in the game – we can at conclude that from the promotional materials, in which the Lady even expresses her new wish. So we'll at least see Nearly Headless Nick, Peeves and the Fat Lady in Hogwarts Legacy for sure. Moaning Myrtle, a ghost from the bathrooms, was not born until 1929, so her appearance in the game is out of the question for the most part. Whereas Lord Dranek, Charles II's former supporter in the French Revolution, could still easily enter the game.

The Fat Friar, the keeper of Hufflepuff, the funniest of all Hogwarts ghosts, just needs to be in Avalanche Software's new production. Like the already mentioned Fat Lady in Painting, unofficially the fifth deceased resident of the Hogwarts halls. And there's also the penitent murderer, the Bloody Baron (the only person apart from Dumbledore whom Peeves listens to) – he killed Helena Ravenclaw, the caretaker of the house of her name, who didn't reciprocate his love. For several hundred years since their deaths, Baron and Helena avoid contact. The game is a real opportunity to weave a little more ambiguity into this relationship.