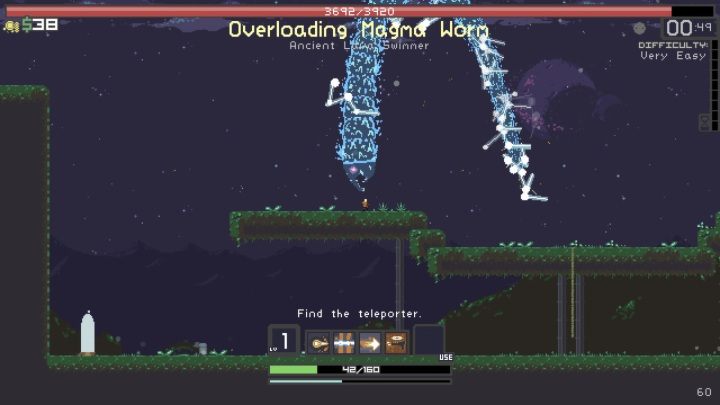 My first Risk of Rain playthrough lasted less than two minutes. I got on an alien planet and started shooting at some alien. The enemy did not care much about my attacks, and in a moment the only opponent was joined by four more and I succumbed to the onslaught of the enemy. Subsequent approaches were better for me-I was able not only to survive the first waves of opponents but also get to the next levels. In the end, I was dying anyway, and all progress went to hell on numerous occasions.

Risk of Rain is a platform game with permadeath mechanics taken straight from roguelike productions. We get to an alien planet, choose one of the different character classes (although at first we only have one, and it is quite long before we get the next ones) and jump between platforms while fighting off hordes of aliens. The enemies you kill increase your experience level, and during the game, you acquire useful items, which compensates for the very rapidly growing ferocity of enemies. Simple visuals are unlikely to please even pixel art fans, but the fast pace of the game and the numerous challenges will provide dozens of hours of fun-especially in cooperative mode.