City Builders is a genre that has enjoyed a steady, dedicated, and pretty loyal fanbase for many years. There's something pleasant and exciting about the systematic development of your own settlement, town or village. Taking care of the needs of our virtual residents can be very satisfying, but what new ideas could expand this genre? Join us and browse through the list of the most interesting upcoming city builders.

You will certainly find plenty of intriguing new ideas and original innovations. As it turned out, developers can still surprise us in many ways when it comes to building a digital metropolis – or at least they will try to do that in the coming months. The list includes games of large and well-known publishers, as well as new studios, who will try to win our sympathy over.

If you're passionate about history, especially the ancient bit, you will sure find something of interest. We will also visit several exotic worlds and see how the developers are trying to refresh the genre by introducing equally exotic solutions. We’ll even go to space. The selection should offer something of interest for both the fans of the classics, who can expect a few games strongly inspired by series such as Caesar or Pharaoh, as well as those who have grown tired of the established convention. Without further ado, hop in!

WE ASK, THE DEVELOPERS ANSWER

This article was prepared in cooperation with many these games’ developers. We asked them to briefly talk about their project just for you – what's special about them? What distinguishes their games from other city builders? Hear them out. Their statements can be found in the frames under selected positions. 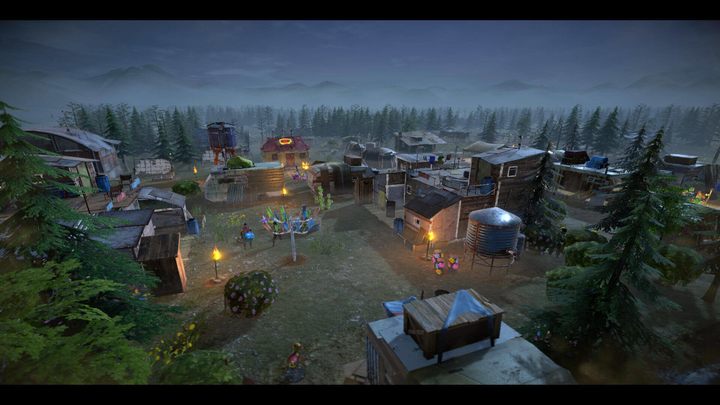 SURVIVING THE AFTERMATH IN A NUTSHELL:

The combination of survival elements with constructing our own settlement is an explosive mix – as proved by such games as RimWorld and the legendary Dwarf Fortress. Provided that the discussed game follows this direction, and in addition should be released under the auspice of Paradox Interactive and developed by an experienced team, there's seemingly nothing that could go wrong.

THE DEVELOPERS OF SURVIVING THE AFTERMATH ABOUT THEIR GAME:

Surviving the Aftermath is the game we've always wanted to make. Our community and fans are important to our team so we have decided to use Early Access to co-develop the game alongside our community so we can get their feedback during the game's development. In fact, since we launched into Early Access in October, we've already had two major updates that added more buildings to colonies, introduced Outposts, and enhanced the world map. This is only the beginning and there's much more to come! 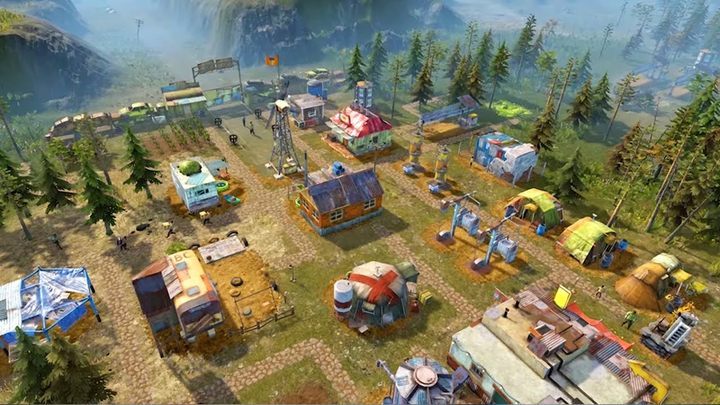 In the world of Surviving the Aftermath, something definitely went wrong, and our task is to build a safe settlement in the post-apocalyptic realities. Success will require good terrain orientation, as the resources needed for survival may appear in different biomes; choosing the right location for our base will be crucial. The game will also provide various events that will force us to make difficult decisions. For example, we can decide whether we want to accept a new group of survivors into our settlement (they will give us new labor force, but living costs will increase). It's reminiscent of Frostpunk, albeit in a much more colorful and lighter atmosphere.

The game by Iceflake Studios strongly resembles Surviving Mars, but it is worth noting that the predecessor was created by another studio (Haemimont Games). Both games are published by Paradox Interactive – a company famous for the quality of their strategy games, which often go down in history as milestones of the genre.