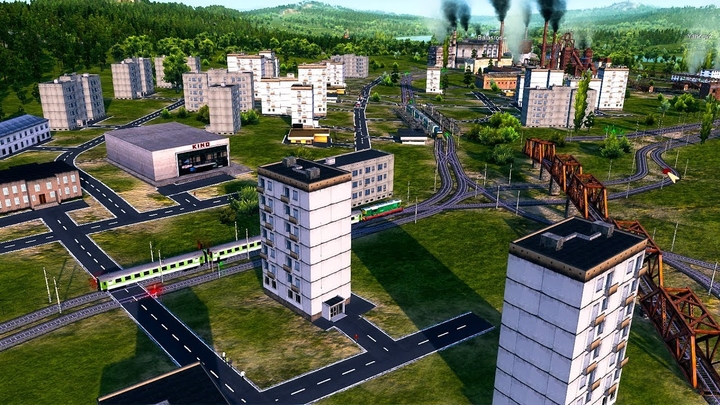 WORKERS & RESOURCES IN A NUTSHELL:

The problem with the classics like SimCity and Cities Skylines was always that everything we built in them looked like a generic American metropolis. Even if we tried to build a village near Krakow, specializing in breeding of chickens, it resembled parts of New York scattered across the map. In any case, anyone who missed a touch of the Eastern spirit of the bygone era of socialism, had to look for mods. Now, they can also wait for Workers & Resources: Soviet Republic.

Large chimneys in the center of the city. In this game, smog is a rotten invention of the West!

The main goal and idea of the game is the construction of a socialist metropolis somewhere within the Eastern Bloc. The gameplay promises to be quite classic, without deviating too much from established standards. But what certainly sets the work of 3division Entertainment apart is the style and atmosphere. We will be able to build big, gray, brutalist cities, riddled with smoldering chimneys and large industrial complexes. Cars driving on the roads should resemble the products of the old, indestructible Soviet technology, and in squares or parks we will put unambiguous-looking monuments  of course, using the joint efforts of the working class.

Undoubtedly, the specific atmosphere of this production encourages you to play the role of the tireless comrade and the great builder of the socialist city. The only question is whether the gameplay will be compelling enough.