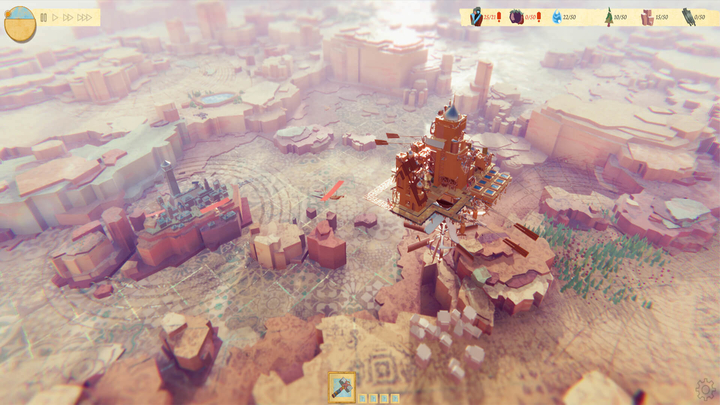 AIRBORNE KINGDOM IN A NUTSHELL:

Movable cities seem to be coming to fashion  the next game is also swinging in the clouds. And it swings quite literally, as in the Airborne Kingdom, our city is in motion almost all the time. This is not very surprising once you know that we're building a city in the clouds.

The above statement could possibly conclude our considerations about the Wandering Band studio's upcoming game, but don't think you'll be able to build an exact copy of Cloud City V from an episode of a famous film series. Airborne Kingdomhas its own unique atmosphere, reminiscent of Middle Eastern fairy tales. This is especially evident in models of building and a fairly uniform color palette. The map and objects resemble the memorable maquettes from Game of Thrones' intro. Everything looks really nice and original, but it is difficult at the moment to assess how it will all work. 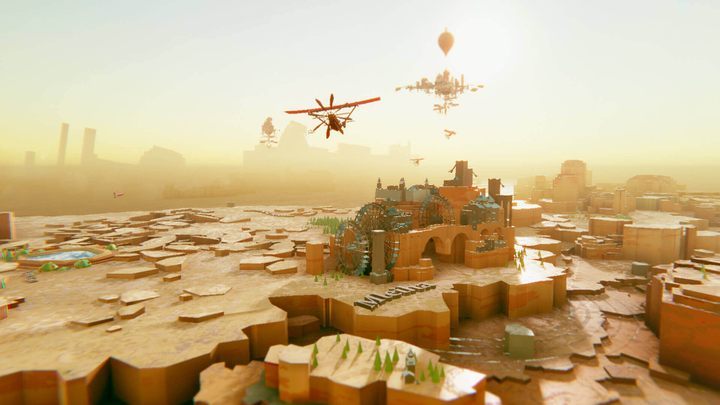 City builder as a full-fledged road game? This trend can bring a breath of freshness to the genre, adding another dimension of fun to the gameplay. But it may also turn out a fleeting fad.