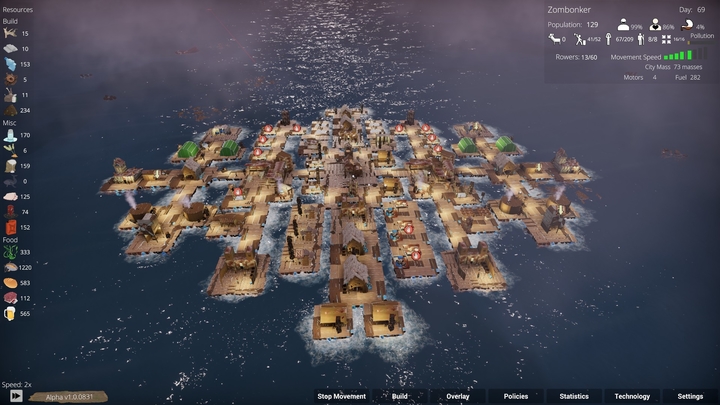 BUOYANCY IN A NUTSHELL:

To maintain the balance in nature and harmony between the elements, we move to cities floating not in the air, but on water. I have to admit that the notion of building human settlements on huge bodies of water seemed to me so ridiculous that it was fascinating. Buoyancy immediately brings associations with one of the most original visions of post-apo  the Water World.

Given these circumstances, our city will be also be mobile in this game. Switching locations will probably be the only effective way to obtain new raw materials in a world that is completely under water. It also means that we will often be exposed to a variety of threats, both of natural and human origin. For example, we may have to defend the city-ship from pirates, so the game will also offer a military aspect.

BUOYANCY DEVELOPERS ABOUT THEIR GAME:

Buoyancy was born from the inspiration of the sci-fi novel Snow Crash by Neal Stephenson, and the movie Waterworld. We wanted to convey that kind of harsh and disturbing world in our aesthetics and themes. In Buoyancy, you build your city up from literal garbage, move it through the ocean to gather resources, manage your citys overall hunger, happiness, and nourishment, avoid natural disasters, trade with other cities or merchants, prevent the spread of diseases, combat invading forces, and  if you wanted to  become an invading force yourself. The reception has been great so far and really encourages us to keep expanding the gameplay and world. We have new features in the works such as a faction system, beliefs, tech tree, discoverable lore through exploration, and more!

Shawn, Devs on the Boat 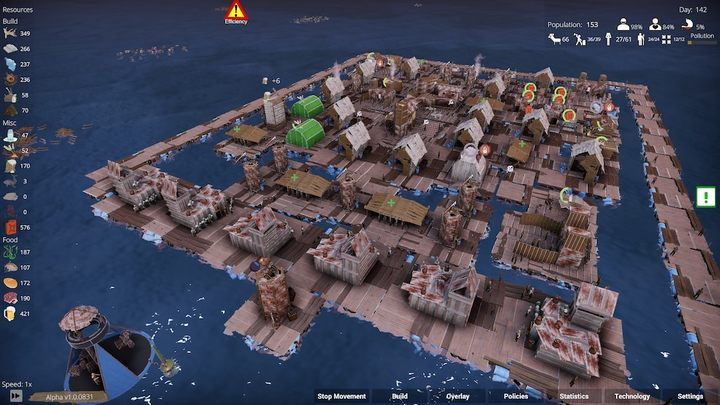 As in the case of the previous game, Buoyancy bets on a fresh idea in the city builders genre, and its success will also depend on the actual implementation of the concept. The question remains whether the mobility of our city will only be a gimmick, or something that will really affects the course of the game. This is just one of the questions we will only learn after the release of the game. However, optimism is not groundless, as Buoyancy has been developed pretty intensively.