Recently we presented you with the most interesting games of 2020, which can be completed in about 10 hours. It is time for the opposite – productions on which you will easily spend 100 hours and more. Despite complaints about multiple question marks on the maps, grinding, or repetitive activities, many of us have our favorite titles or series to which we devote most of our free time or return whenever the opportunity arises. If you don't have them yet, perhaps you will find one here.

What leads us to sit for hours and hours in front of the given game is an individual matter. We do it to max it out, get a platinum trophy, or simply because we particularly like some production or its universe, and sometimes by the force of habit. The creators have mastered the art of tying us to their works almost to perfection – and it's not even about online games, but single-player! Sometimes, it's a very long plot and a plethora of side quests, sometimes it's a desire to get some digital add-ons, or to clear the whole map from collectibles.

We should also mention a somewhat controversial calculation of the game's dollar-to-hour ratio, which in the recent situation of more and more pricey productions is probably becoming increasingly important. Regardless of what attracts us to one piece, it is always good to have such a gateway from the shorter titles. We present you with the most interesting games of 2020, with which you could spend about 100 hours or even more – depending on your desire.

Of course, most of the above-mentioned productions can be completed within one hundred hours. Some even in less than a few hours, but we tried to choose those that offer enough content for very long entertainment. A hundred hours is an option here for those willing to spend as much time as possible with the game, not a requirement to see the final credits. 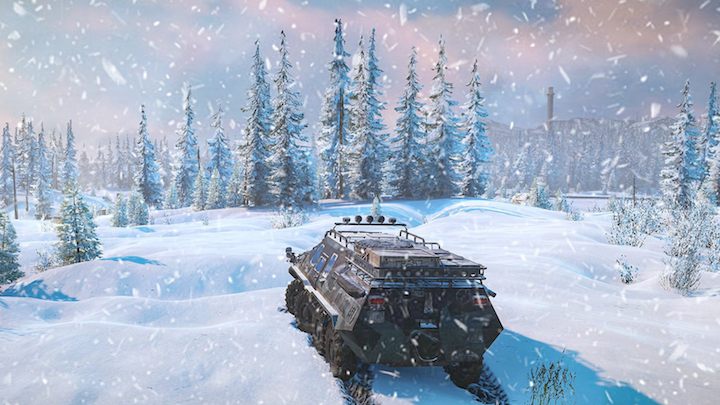 What is SnowRunner about?

SnowRunner has no plot as such, only a simple mechanics of internal economics and gaining experience points for accomplished missions. With them, we unlock more vehicles we can purchase as well as parts to improve them. The essence of the game is the off-road ride as such – a tedious struggle to wade through narrow paths in the mountains and wetlands, where the wheels get stuck in the mud and deep snow.

Usually, we must transport cargo, but frequently, we spend a lot of time hauling broken trucks from some swamp and towing them to their destination. Time and time again we've got to return for our own vehicles or cargo that got stuck somewhere on the road, whether it's because of the shortage of fuel, poor choice of tires, or a truck capsizing on a steep slope. The game encourages players to explore and discover maps with interesting locations and bonuses.

What can you do for a hundred hours in SnowRunner?

Drive! Or actually, creep – because driving in SnowRunner is extremely slow, comparing to other car games. Instead of the speed frenzy, there is a slowness frenzy here. Occasionally, there are some paved and wider roads, but most of the time we spend inching through the mud, rivers, or narrow paths full of stones and boulders. Every turn of the wheel, every foot of the road is a strategic mini-game that requires some planning, so a simple mission to transport wood can take a lot of time – not to mention that it may be impossible to do it the first time around.

The creators prepared an impressive set of vehicles to unlock, hid trailers, and vehicle tuning parts on the maps. There are numerous tasks and contracts waiting for us everywhere, and apart from that, the amount of maps and challenges is systematically increasing (although mainly for holders of a seasonal pass). And if that's not enough, there are also community modes available. At SnowRunner, firstly, there is always something to do, and secondly, everything is done slowly, so that a hundred hours burst like nothing – for everyone in their time. SnowRunner is not to be completed, SnowRunner is to be played. 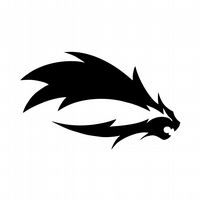 In the beginning, SnowRunner impressed me with its quirks – just as Death Stranding deconstructed walking into a set of mechanics, redefined it and made it difficult; SnowRunner did the same to vehicle control, which is usually simplified in other games. A shallow puddle or a tree lying on the road becomes a real obstacle, which requires patience, prudence, and thoughtfulness. Learning how to play the game and gaining more and more vehicles to cope with these challenges provides several dozen hours of good entertainment. And when we finally tame this inaccessible world, the fun – instead of coming to an end – it just brings us to a whole new level. I've spent a few dozen hours with the game on relaxing drives (although still requiring a lot of concentration), completing hundreds of tasks and challenges while listening to podcasts in the background.