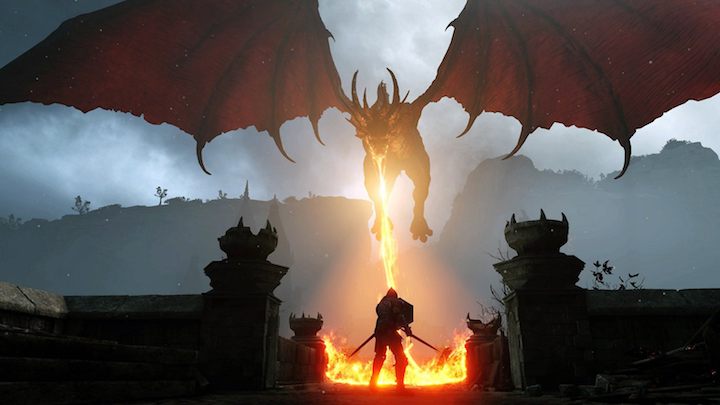 What is Demon's Souls about?

The iconic series of Dark Souls started in 2006 with Demon's Souls  an atmospheric and hard to beat RPG kept in very gloomy climates, which partly contributed to the success of this game. In 2020 a special remake was prepared exclusively for the new PlayStation 5 console, with refreshed graphics and control.

The action of this title takes place in a fantasy land controlled by the forces of an ancient deity, and the specific, rather sparing way of presenting the plot stimulates our curiosity and encourages careful exploration. The essence of this game, however, is an extremely difficult fight with opponents, during which even the weakest, rank-and-file NPC creature is able to teach a player a painful lesson of humility. Here, every hit and every dodge must be very well thought through, especially during particularly heavy combats with Bosses.

What can you do for a hundred hours at Demon's Souls?

Generally, it should take around 50 hours to complete the game, and maxing it out should take about 70, but it is due to the aforementioned exaggerated level of difficulty. It's because of it some players may have a lot of issues with completing the game and consequently spend about a hundred or more hours on it. Not because of the exploration and the desire to find and unlock everything, but because of the repetitive attempts to defeat the most demanding opponents. There is also an interesting New Game Plus mode, in which we go through the game one more time, keeping already enhanced character, but encountering stronger versions of the opponents.