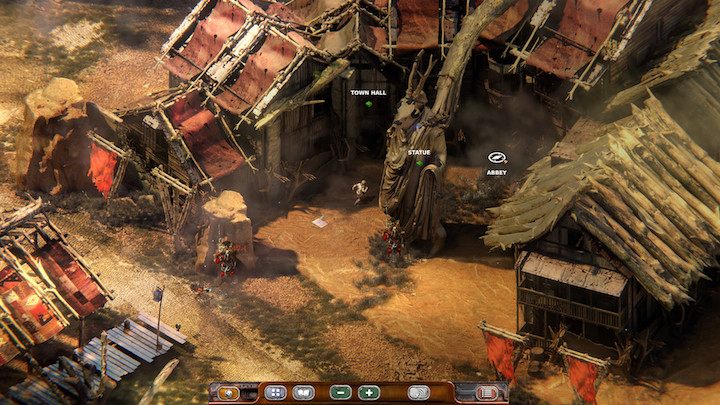 Post-apocalypse is a fairly common topic in video games, but rarely in adventure games, where the gameplay focuses on exploration and solving puzzles. In addition, few such stories set in Africa, which somehow has no luck when the devs decide the setting of various games. Add to that a reasonable playthrough time of about eight hours, and we have three good reasons to be interested in a work titled Beautiful Desolation.

It's an isometric adventure game, in which we travel through the African wastelands and settlements destroyed by the great conflict that broke out just after a great civilization leap. We use advanced technology and retro-futuristic gadgets from the 1980s to solve puzzles. We encounter mutated animals and numerous NPCs. It is worth emphasizing that the devs do not lead us by the hand, and with many tasks we really need to rack one's brain. And the creation of the game world involved Brian Fargo himself – the creator of Fallout.