The E3 is approaching fast. From June 10 (even the day before, if you count the presentation of the new Battlefield), we will have the opportunity to watch the first shows and trailers prepared as part of this year's conference. These will be available to follow online, where the largest developers and publishers in the video game industry will provide us with a whole lot of attractions – as usual.

We took this opportunity to pipe dream about seeing at the upcoming E3, as well as the other summer conferences that will follow. We selected the titles simply by asking our editors and staff which titles they're looking forward to the most. We present the full list below (yes, you can see The Witcher 4 isn't here). 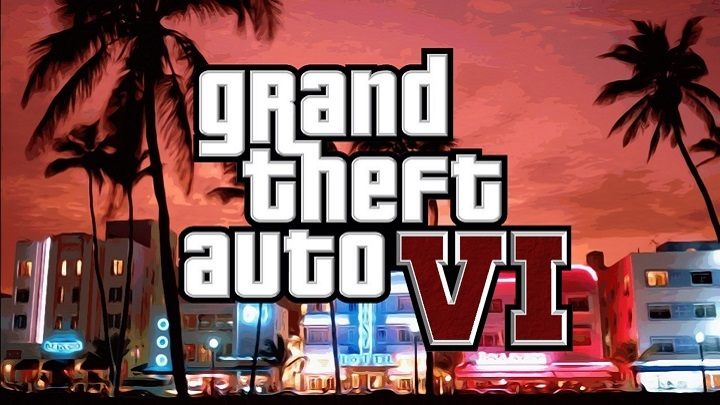 What are we looking forward to? The announcement and official information that the game is actually being developed (though it sure is).

Eight years have passed since the original release of Grand Theft Auto V . From that day on, GTA V was released on the seventh and eighth generation consoles (PS3, PS4, Xbox 360 and Xbox One), as well as for personal computers. At the end of this year, the game will also arrive to PlayStation 5 and Xbox Series X/S, in what will be it's fourth official release. I don't think you need to be convinced at this point that the latest installment of the gangster series has been very popular for years. There was not a word about the release of the next part, but we can be almost completely certain that it is in the pipeline. In addition, with all the rumors and leaks, each of us likely has our own image of what GTA VI might look like.

Unofficial reports cite inspirations with the Narcos series, moving to North America or returning to Vice City. Some people believe the game will be set in the 80s, while others insist the setting will be contemporary. One thing for sure is that you can't believe anyone right now. As part of E3, we would simply like some official confirmation of GTA VI indeed being created, and perhaps a modest teaser revealing the setting. What are the chances? Slim at best. According to the latest reports, the game is not expected to be released until late 2023, so there's plenty of time left. But nobody will stop us from dreaming. 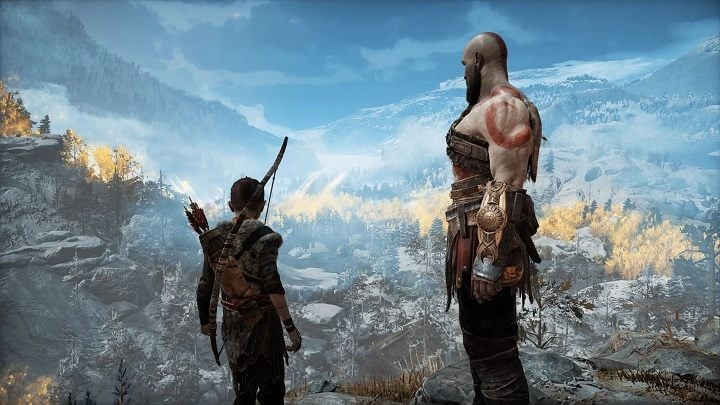 What are we looking forward to? A gameplay trailer.

Last year's PlayStation 5 Showcase ended with a bang – a teaser of the new installment of God of War. Unfortunately, it wasn't very revealing. The only thing we've learned is that the main character, Kratos, and his son Atreus, are likely to get involved in Ragnarok, the war between the Norse gods and the giants. The game was to debut later this year, but it was officially announced recently that its premiere was postponed to 2022. Does this mean that God of War will be quiet for now? Perhaps not.

We hope that the E3 will prove a good opportunity for the devs from Sony Santa Monica to let us in on a few secrects concerning their upcoming slasher. The next God of War is currently one of the most anticipated exclusive titles for PlayStation consoles. Since we already know that the game will not release this year, in we are counting only on a modest trailer the near future, maybe a piece of gameplay . 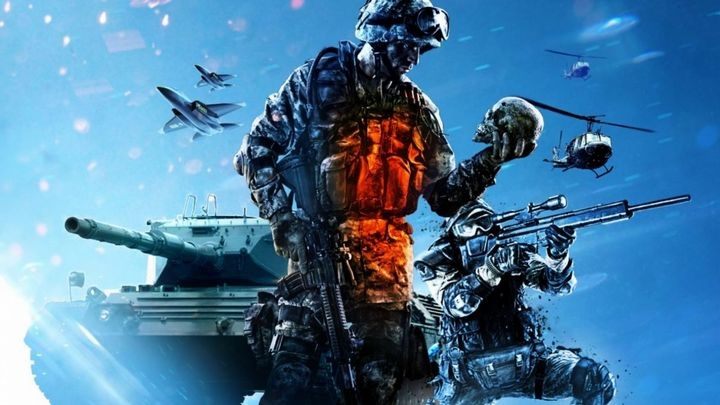 What are we looking forward to? A trailer and a release date.

In the case of the new version of Battlefield, it's not a matter of dreaming. Earlier this month, it was officially announced that the presentation of the new game entry in the famous series will take place on June 9. Then, we will most likely see the first trailer of the production, we will know the release date and some more details about the gameplay. It is quite possible that a few days later, as part of the E3 event, we will see more extensive fragments of the game or a presentation of online modes that will be available in the new Battlefield (it's hard to judge the chances here; it's also possible that the game will be silent until EA Play in July).

We don't know much about Batllefield 6 itself. According to reports, the game may take place in near future, which seems to have been confirmed by recent, unofficial screens depicting a modern city, tanks and airplanes. Electronic Arts has already launched a promotional campaign for the game – several influencers received coded messages on Twitter, which, decoded, presented mysterious information (see below). Fortunately, we're mere hours away from the Battlefield presentation, so we can soon put aside any rumors or leaks. All we have to do is muster up some more patience. 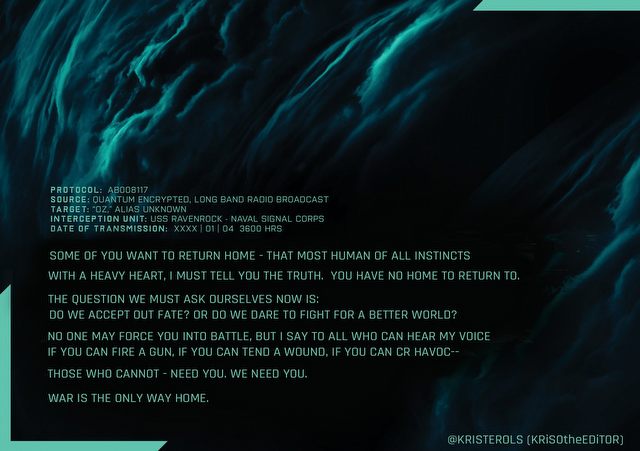 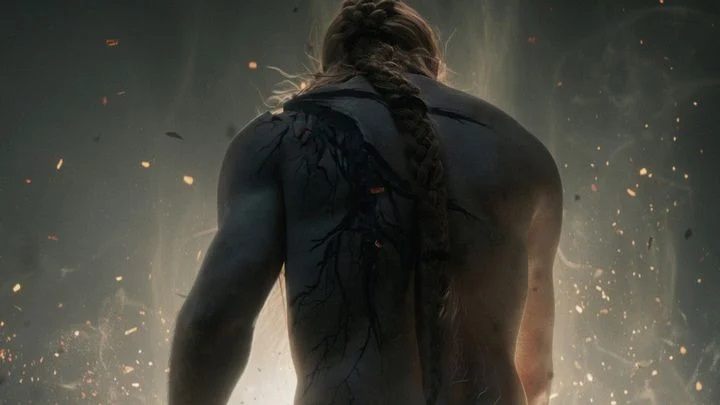 What are we looking forward to? A new trailer and release date.

Another title by From Software, led by the renowned developer Hidetaka Miyazaki, has been tantalizing players ever since the first trailer, released back in 2019. Since then, the creators have been rather economic with any information about their production – we only know that it will be another soulslike with an open world, a character creator and a skill-based combat system (all of which we could have easily surmised). However, Elden Ring still won the "Most Anticipated Game" category at The Game Awards 2020. As you can see, players are by now completely convinced that anything coming from the devs at From Software will be a stunner. What's more, the writer George RR Martin helped build the world and the story of the game this time around. This should only add more spice to the lore of the game.

The E3 seems to be the perfect occasion to finally show players the new production in full splendor. According to Jeff Grubb of Venturebeat, the presentation will take place not during the current conferences, but a little later – on July 10, during the Kickoff Live Summer Game Fest. What will we see? It's anyone's guess, but we are counting on a decent trailer and at least an approximate release date. According to unconfirmed information, 2022 is the earliest we can hope for. Hopefully, it's not to early for the Elden Ring showcase! Many From Software fans might not be able to take another few months of waiting without any official information about the game. 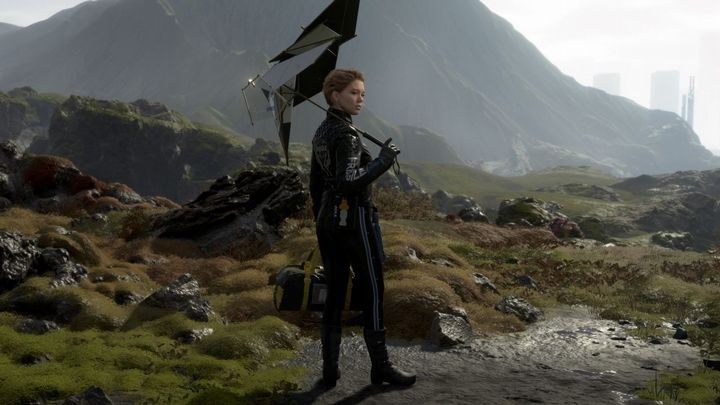 What are we looking forward to? Any announcement of a new game from Kojima Productions.

Some time has passed since the premiere of Death Stranding. Hideo Kojima's last game caused a lot of emotions among players – some praised the production as a very successful experiment, some called it a masterpiece, others claimed it was a boring courier simulator after all. One thing is sure – the game from Kojima Productions was not unnoticed. Kojima himself loves to surprise and does not stick to the beaten track, so we are naturally very curious about what he's cooking up this time.

At the end of March this year, Yoji Shinkawa, the art director of Kojima Productions, revealed that the studio would announce a new game in the near future. We do not know what exactly this title could be, although many people predict a sequel to Death Stranding . We won't be angry if the devs show off some completely new project instead – we just hope that Kojima and his team will surprise us once again, and the E3 will be the perfect opportunity for that. 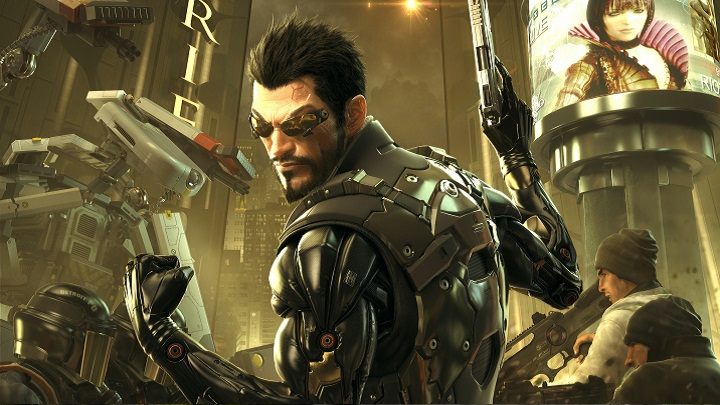 What are we looking forward to? Info whether the game is in development at all.

We have known for several days that a completely new game from the creators of the last two installments of the Deus Ex series (Eidos Montreal studio) will be revealed as part of the E3 (on June 13 to be exact). There were a few assumptions on the web as to what exactly the production will be. First of all, there's talk of Guardians of the Galaxy , a title based on Marvel comics, showing a group of superheroes. This rumour comes straight from Jason Schreier.

Some believe that we can wait for the announcement of the next installment of the Tomb Raider series (let us remind you that the Eidos Montreal team was responsible for creating Shadow of the Tomb Raider ), and the bravest (or maddest) assume the presentation of the fifth part of Deus Ex . We are certainly hoping for the latter. Although practically nothing suggests that this presentation will actually be a continuation of the adventures of Adam Jensen, we let our imagination run wild today and expect a pleasant surprise. Especially since the finale of Mankind Divided left us somewhat unsatisfied.