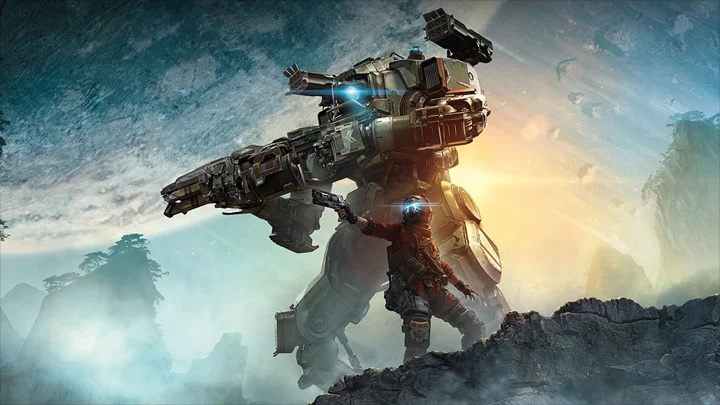 What are we looking forward to? Even a small teaser.

I will not hide it, a possible announcement of a new Titanfall in the near future will be a huge surprise for me personally. Virtually everything indicates that Respawn Entertainment is currently not working on a sequel to their hugely successful shooter. At the beginning of November last year, Chad Grenier, one of the developers from Respawn, made it explicitly clear that the developers are not involved in any work on the next Titanfall (which was later reiterated by Vince Zampella). They supposedly started working on it some time ago, but they were eventually discontinued  what left was, among others, the latest map available in Apex Legends.

I weep the tears of sadness (I really love Titanfall and I would be elated by the news of a follow-up) and look for a spark of hope that such an announcement, despite all the contradictions, can actually happen. The popularity of the second Titanfall speaks in favor of all fans of the series  as it's available on Steam and undergoes numerous discounts, the title can still boast a large number of players. In Apex itself, the creators eagerly flaunt references to the latest entry in the series, which only makes it all the more present in the gaming community's collective consciousness. It may seem that the creation of the "three" is only a matter of time  after all, with a well-timed release date, it could be a hit. In addition, Electronic Arts recently admitted that Respawn will decide the fate of the brand. It's been six months since the last official info on Titanfall 3. Is this enough time for the creators to be tempted to return to work on the game? We hope so, and we are counting on a teaser in the near future. 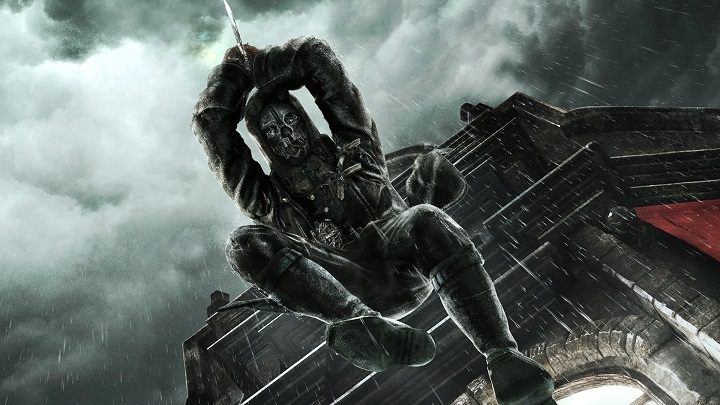 What are we looking forward to? Just an announcement.

There are only a few months until the premiere of the latest production of Arkane  Deathloop  the game will debut on PlayStation 5 and PCs in mid-September this year. Is this the right time to announce a new title? Probably not, but we're absolutely sure we want another Dishonored RIGHT NOW.

It seems the devs haven't abandoned the idea completely, but they won't be coming back to the story of the Kaldwins. We should expect completely new threads in this fantastic universe. For now, however, there's no certainty that Arkane is indeed working on a new Dishonored. Thinking about E3 in realistic terms, we can expect at most a teaser of the game, but even that's somewhat unlikely. However, we're ready for a pleasant surprise. 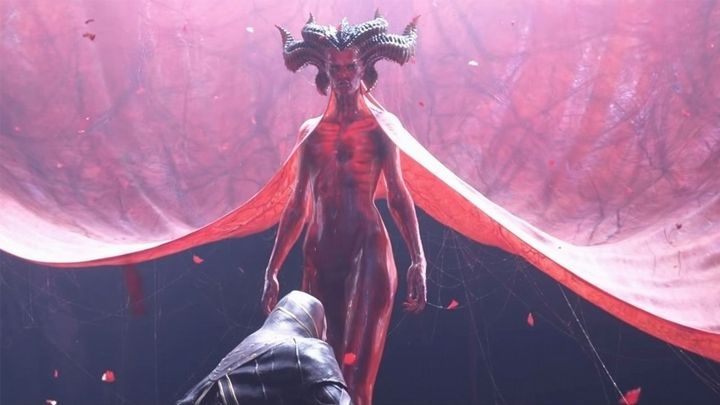 What are we looking forward to? Fresh information about the progress in development.

We already know quite a lot about Diablo 4. We saw the first preview, some gameplay excerpts, and got to know some details about the game (some of them are, of course, still prone to change). The creators informed us some time ago that the game's premiere will not take place this year, and they seem to indicate that there is still a lot of time ahead. This doesn't mean, however, they will not share more information about their production with us in the near future. June and the E3 seem like a perfect occasion.

What exactly do we hope for? A slightly more precise release date. We already know that we cannot count on a debut this year, but it would be nice to receive some detailed information on this topic. We won't shun a seizable gameplay fragment either. Being on the subject of Diablo, you should not forget about Diablo II: Resurrected, of course; a refreshed version of the iconic hack'n'slash, which is to appear on the market later this year. So, fingers crossed for a release date. 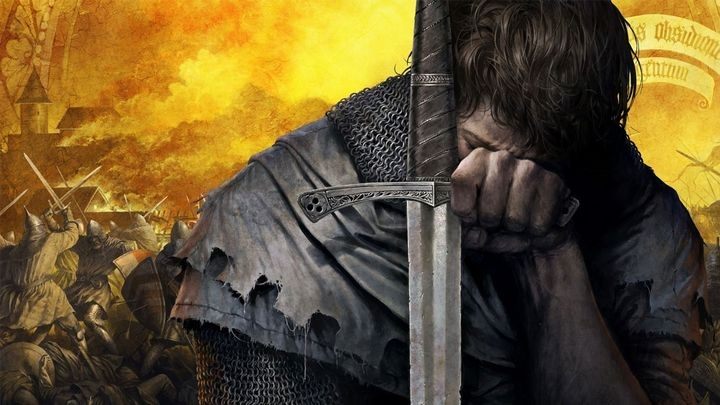 Video game producer and publisher Koch Media (includes Deep Silver) will also have its own event as part of this year's E3  it will take place on June 11. We don't know what we'll get exactly, but Koch Media owns so many franchises that we can have a few safe bets. According to unofficial reports, we should expect a show, of Dead Island 2, Saints Row 5 and Kingdom Come: Deliverance 2. We're most interested in the latter.

It has not yet been officially confirmed that the sequel to Kingdom Come: Deliverance will even be made. However, rumors have it that the game has been in development since 2019, when the boss of Warhorse teasted the news. The presentation at this year's E3 seems to be an ideal solution  three years have passed since the original premiere, and players could play this production completely for free relatively recently as part of the Epic Games Store promo. The first Kingdom Come Deliverance was very well received and the sequel is rather a matter of time. 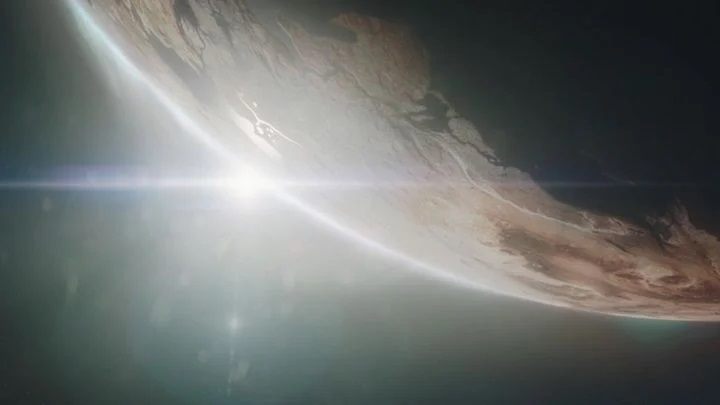 What are we looking forward to? The release date and detailed information.

Starfield, a completely new IP from Bethesda, was officially announced almost three years ago. Since then, we have learned a bit more about the production, although we still have a rather poor idea of how it will actually look. We know there will be a huge space project intended only for a single player, which, according to Todd Howard, will be Bethesda's largest production in terms of area available for exploration (you will be able to travel between different planets, and their areas may be even several times larger than the map known from Skyrim). At the moment, this is all in terms of details about the game. There are many indications that more interesting details about Starfield will be presented as part of E3.

If you follow the industry news closely, you probably know very well that ZeniMax (which includes Bethesda) was acquired by Microsoft some time ago. The effects of this cooperation were presented quite clearly  the portfolio of, among others Bethesda is to be available to owners of the Xbox Game Pass service, and selected new titles will appear exclusively on devices from the Microsoft family. The Xbox & Bethesda Games Showcase event is scheduled for June 13 and will feature many interesting announcements from the merged companies. What exactly? This has not been revealed. However, rumors and leaks once again enter the stage, according to which one of the presentations will be about Starfield. We are hoping for specifics  the release date and details about the game. If Microsoft wants to fight Sony seriously in this generation, then presenting a powerful exclusive title at this year's E3 would be a great way to do that. 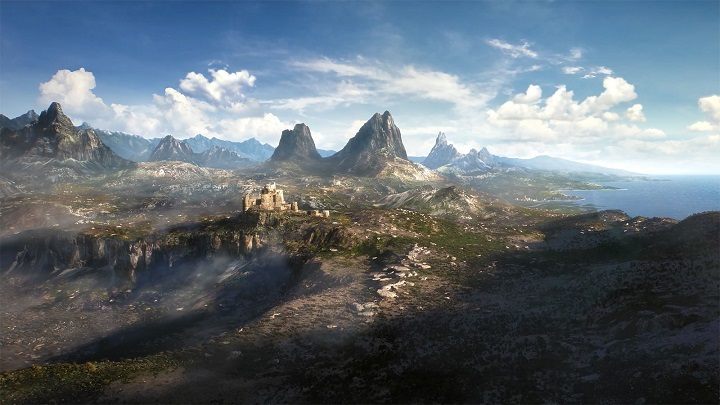 What are we looking forward to? A trailer and approximate release date.

We'll stay a while longer with Bethesda games. Another big title that this studio is brewing for us is the sixth installment of the legendary The Elder Scrolls series. Skyrim has been with us for almost ten years and after the success of the newest part, it was hard not to believe in the creation of the next iteration. In 2018, as part of E3, we received the official message for the first time that we will actually get it at some point. However, no particulars were revealed then, and to this day, we know practically nothing about TES VI.

Dear Bethesda, I wrote a moment earlier that if you are going to fight Sony, it might be a good idea to show your best hands now. The players will definitely have no reason to complain if you even decide to double-hit. Teaser, full trailer, release date, gameplay fragment, whatever  it's high time to show the world the sixth installment of The Elder Scrolls.