Despite regular criticism from 'real pro players', mobile games, are becoming an increasingly important part of the gaming industry. This also applies to Europe, where market researchers indicate a significant growth in the number of people who play games regularly on their phones. After all, it's the perfect way to kill time, even if you're traveling. In terms of quality, these titles do not differ much from the current offer of portable consoles.

It turns out that even players who love to compete with other gamers reach out for mobile titles. If you got interested in such mobile gaming apps and you don't know where to start, we've prepared a list of 15 noteworthy mobile games which main mechanics were based on multiplayer competition. They're perfect when you just want a quick competition that doesn't require investing hours of time. Be warned, though – some of these games are really engaging!

This list isn't definitive. Undoubtedly, there are more mobile games that deserve a spot here. Don't hesitate to share your own types in the comment section below. 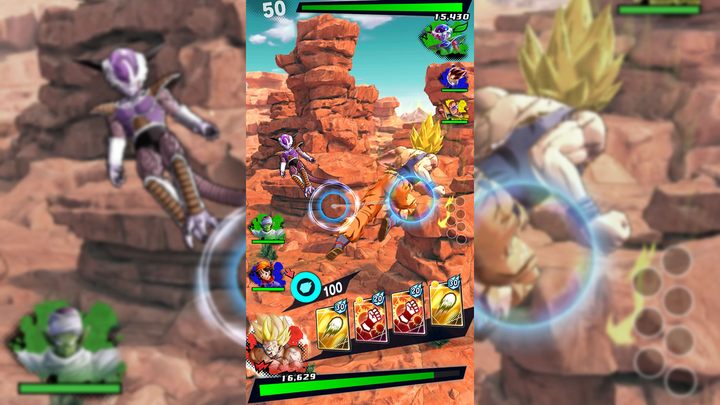 Dragon Ball Legends is, surprisingly, not a cheap attempt at monetizing a famed franchise. The developers managed to create an interesting combination of combat with a card game. This is not a revolution, however, the game works great on mobile devices. We have three characters, switching between them smoothly in the process. This allows you to adapt to the enemy, but also to save HP or combining attacks.

Combat happens with the use of cards, to which different attacks are assigned. Loading the energy bar allows using it to trigger a given ability, which the opponent can try to counterattack or dodge. Skills have been divided into different categories that determine their effectiveness, and in some situations, there also are some QTE sequences that are activated when two people perform a special attack at the same time. All this makes the battles in Dragon Ball Legends extremely dynamic.

IF NOT DRAGON BALL, THEN CERTAINLY NOT MORTAL KOMBAT

There's plenty of brawlers for mobile devices. There's the legendary Tekken 3, ported from the first PlayStation. There's also a special version of Mortal Kombat, which at first glance makes a good impression, but only to immediately disappoint. Poor combat system, lots of bots, and annoying pay-to-win mechanics. Download at your own risk!