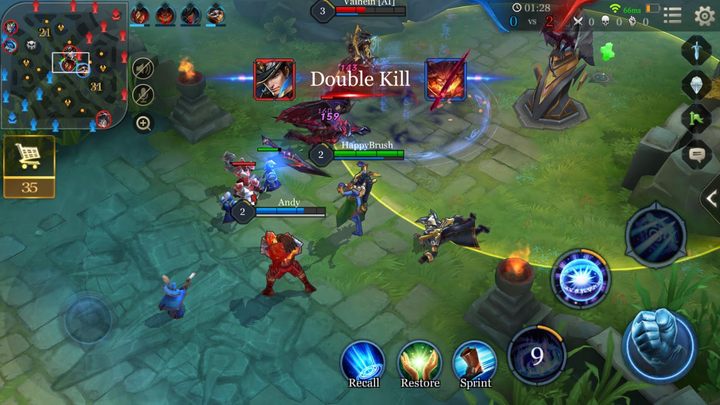 The Arena of Valor can be simply defined as a mobile clone of the League of Legends. Virtually all the elements have been reproduced here  this applies to game mechanics, in-game systems and the characters themselves. The changes appear to be minimal, although it must be said that the Arena of Valor has more options in the area of character and hero development. In the pool of heroes you can find... the Batman!

The rules of gameplay are typical for MOBA game. There are have nexuses, a few alleys (pathways) and two competing teams. The winner is the one who destroys the enemy base in the corner of the map. Along the way you need to destroy the towers and fight against upcoming waves of minions or enemy heroes. At the same time, the developers have slightly modified the controls system, making it more accessible for mobile devices. As a result, the matches are shorter and battles are played at much faster pace.