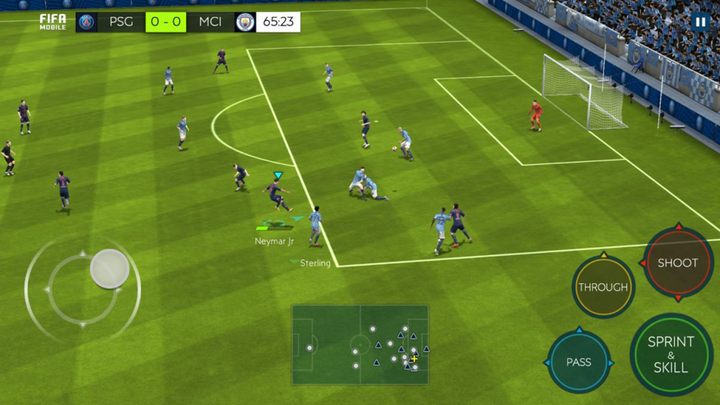 FIFA Football maintains the tradition of the famous series of football games and, like the original, receives updates every year. However, in this case, we do not get a box with a different number on the cover every year. This itself is reason enough for giving the game a chance, because regular new additions and modifications provide a constant flow of new content. On the other hand, those changes often reset most of your progress with the start of a new season.

The gameplay itself is a simplified version of the full-blown FIFA installments. There's more emphasis on an arcade model of controls, which works good on mobile, but isn't as satisfying as using a game pad. We assemble the team by collecting cards with particular players, and on top of that, we have some team management options.