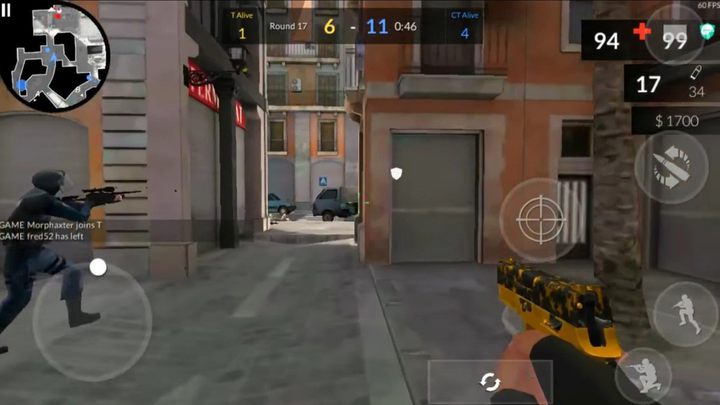 Counter-Strike: Global Offensive does not have its own mobile release, and the closest equivalent is Critical Ops. This free network FPS is clearly inspired by Valve's product. Here, too, players are divided into terrorists and law enforcement  each side has its own goal to complete during the match (so setting/disarming bombs is one of the main game modes).

Critical Ops deserves attention because of the shooting model. Feel of the game is rather arcade as in most mobile titles of this genre, but we have to praise the high accuracy and precision targeting mechanics that make this game pretty unique. The app calculates bullet's trajectory, and player can even feel the blow-back action, which makes it a lot more than a simple aiming at the enemy with crosshair. In addition, you will witness a very pleasing 3D graphics that looks pretty cool. The only thing missing is de_dust2!