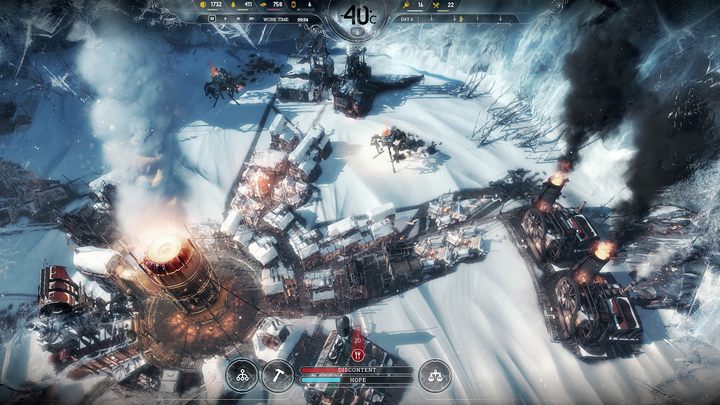 Our settlements are not like the great modern cities, as they're full of human drama...

We open the top five of the ranking with a game from Poland. Frostpunk from 11 bit studios is a dark and gloomy vision of man's struggle with the inexorable forces of nature.

The player's goal is to develop a settlement amidst the next ice age. The task is not easy, as the mechanics of the game, firmly planted in the realities of the game, constantly present new challenges.

Therefore, we must not only ensure that our people have a roof over their heads and enough food, but, more importantly, that they don't all freeze to death. To achieve this, it is necessary to ensure the optimal use of the labor of our citizens.

A distinctive feature of the game are the complex and ambiguous moral decisions that we have to make almost by the minute. The flagship example of sending children to work perfectly illustrates the dilemmas the players face in the world of Frostpunk. The coolest thing is perhaps the fact that the whole gameplay is constructed so as to allow creating unique stories, all set in the dense and depressing atmosphere of the constantly deteriorating reality of our settlement.

Although the production offers only three scenarios (so far), we end up with a different story each time, which makes repeating them worthwhile.

Frostpunk is one of the freshest propositions on the list. It offers not only engrossing gameplay, but also attractive visuals. We can be proud of another successful digital work of art from Poland. 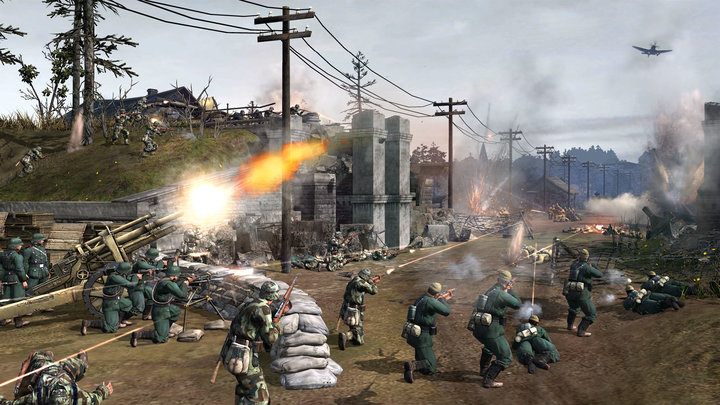 The top of the ranking simply had to include a modern representative of the RTS genre. The first installment of the Company of Heroes was for the RTS a kind of revolution, and the subsequent installments incrementally developed the core mechanics.

The creation of Relic Entertainment isn't called the video-game version of Band of Brothers without a reason. In this series of games we do not command the entire front line and we do not move armored divisions on strategic maps. Instead, we observe World War II from a much closer perspective, leading small troops of soldiers in a very tactical clashes.

What matters in the game are details such as the correct setting of shooting stations, flanking of the enemy, proper use of grenades or the fact that our people, being under heavy fire from machine guns, can simply panic.

The second part of this excellent series is also has an incredible atmosphere and a vision of fighting on the eastern front, where the fate of two totalitarian regimes was at stake. Such vision, created by Canadian developers, was so uncompromising and bold that at the time of its release the game aroused a lot of controversy, especially in Russia. Thanks to this, we received an ambitious and well-made title, which offers both an addictive and sometimes shocking story, as well as a perfectly executed gameplay model.

The Company of Heroes 2 has been expanded with a number of add-ons that have introduced new fronts and armies. Thanks to this, the production remains popular to this day and is the most complete experience of World War II offered by RTS.