2019 was not the most spectacular year for RPG fans. Despite that, game developers have managed to positively surprise gamers with a few interesting role-playing titles. The Outer Worlds can be considered as a middle finger directed at Bethesda – and certainly a reminder of how pure role-playing games should be made. GreedFall, despite its flaws, turned out to be better than everyone expected. On the other hand, Disco Elysium delighted players with its depth, many possibilities and proved that the power of classic literary narrative of role-playing games is still present and engaging. Not bad, really not bad.

However, the year 2020 may be one of the most incredible periods in the history of the video games industry – so many excellent titles await us. The majority of players is waiting for Cyberpunk 2077, which is coming like a typhoon supported by breathtaking Keanu. If you think that there's nothing more interesting on the horizon, then you're wrong. In 2020, we will receive a lot of different types of RPGs such as classic role-playing games, action-RPGs and jRPGs. There are many of them. There are many of them – and their name is Legion. And every title promises to be a decent video game. 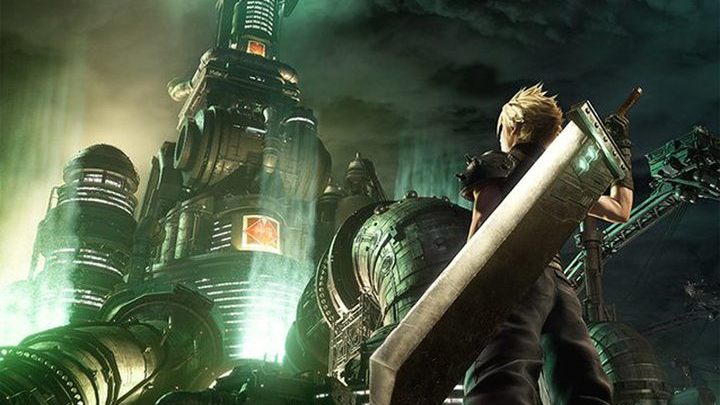 Making remakes of some solid and noble titles seems to be an honorable but also extremely risky venture. You have to put a lot of effort and passion into it, but I wouldn't consider it as a full-time job. Although these iconic games look old and pixelated, they still remain alive in our memory. You can do it right and come out unscathed if you bet on a conservative approach just like in the case of Baldur's Gate series refreshed by Beamdog studio. You can also go wild and try to break boundaries like in the case of Final Fantasy VII: The Remake.

The original game is a legendary title well-known by several generations of players. It's a journey into the unknown wild world of Japanese fantasy in a cyberpunk disguise, with a tearful, but not devoid of depth, story resembling those that can be seen in many anime series. Characters whose fates we have experienced and whom we have cared about. Cloud as the main protagonist, with whom you could identify yourself. A villain that was more fierce and terrifying than Darth Vader. Dramatic moments that are engraved in our memory. Yeah, it's something that's pretty hard to take away from us. However, the game has aged and got old. It looks ugly and outdated.

That's why Square is preparing a remake in its labs, which will heavily redecorate the opus magnum of this studio and the spirit of the original into a masterpiece worthy of modern gaming machines. This obviously means the return of old friends, but they will have at least a few new things to say. The game runs on a brand new engine, and the combat system has been completely revised – into a dynamic slasher with real time battles (although with respect to RPG statistics). Final Fantasy VII Remake will be released piece by piece, in episodes. Let's see how it turns out.