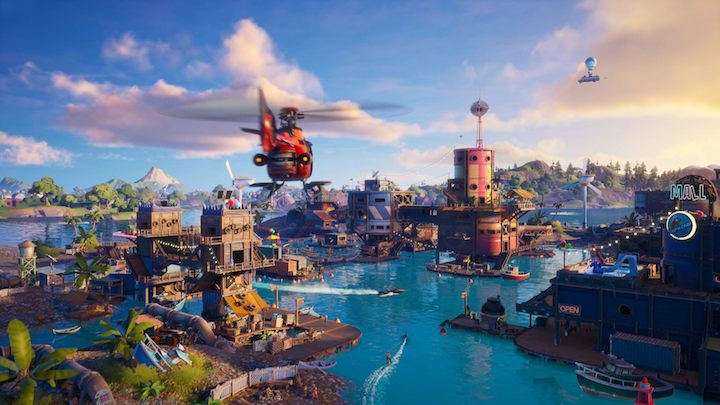 Does anyone else remember names like Fortnite: Save the World, Fortnite Creative? Is there just a Fortnite Battle Royale that everyone calls simply Fortnite? The game, which many years earlier had been inspired by Minecraft, eventually broke the bank, imitating PUBG, only in its playful, cartoonish style, with little hardware requirements and for free (which is now one reasonable financial model for the genre). This made Fortnite instantly accessible to a large number of people, and the support of Epic Games studio provided (and continues to provide) the rest. Fortnite has become an absolute phenomenon, both in the gaming world and in pop culture in general. Even the world's biggest brands know that visiting Fortnite's virtual, changing map from time to time is just worth it.

Games come and go, but Fortnite's popularity seems to be unchanging. The authors did not confine themselves to reaping the benefits announcing subsequent seasons with new clothes to buy or acquire, they made the map something of a network game hero. The Fortnite's map changes every season, and what's more, it changes in mysterious and intriguing ways, engaging the community to guess, put forward theories and finally come to the servers. It fuels interest and makes it worth getting back into the game, worth keeping up with.

And as if that weren't enough, Fortnite has become a place for cultural events. Players enter the virtual map no longer just to play skirmishes, but to watch a famous rapper's concert or the latest Star Wars trailer! In a way, the game from Epic Games has taken over the role of Second Life here, allowing you to experience real things while being in the virtual world. So far, there is no indication that Fortnite popularity will diminish significantly in the coming months. I wonder what surprises Fortnite has for us in this decade.

Number of battle royale games in the Gamepressure.com encyclopedia: