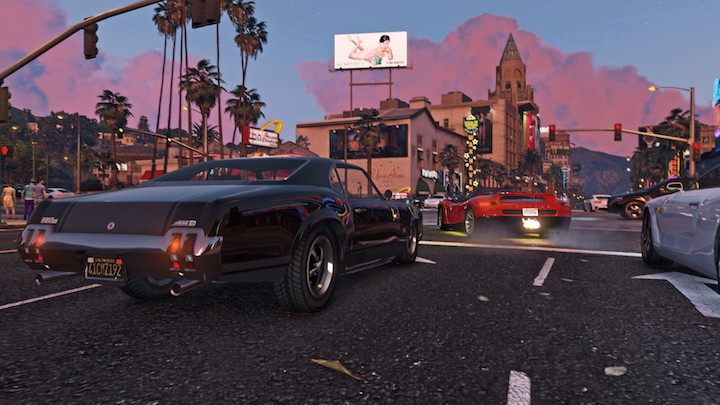 Exactly. Not GTAV, because the adventures of Franklin, Michael and Trevor are just another episode of Rockstar's gangster tales in a slightly nicer setting. Everything points to the fact that the cosmic sales results of the "five", giving way in this field only to Minecraft, are a result of the popularity of the GTA Online module. After a somewhat tumultuous, fraught with problems and disappointments, GTA Online has emerged as another online phenomenon of its decade. The vast virtual metropolis of San Andreas, combined with other, living, players, became a real urban jungle, where many found exactly what they wanted.

Also important was the exceptional support of the developers, who committed all their forces to the production of add-ons to the network module. The attractions, e.g. very warmly received heists, various races, running nightclubs or only available in some countries, casinos. Players can indulge in literally anything in San Andreas  from jaywalking in an alien costume to assuming the role of police patrols, meticulously adhering to all authentic procedures.

What will GTA Online be remembered for?

I think it all depends on your point of view. Some gamers will remember it for the lack of storyline expansions to GTAV, as all new content has been prepared exclusively for online mode for many years. For some, it's a place of great fun and the opportunity to experience GTA (chases, robberies) with a pack of best mates. Others cite their online adventure as a breeding ground for fraud and toxic behaviour. Rockstar, in turn, will take into account the fact of the huge revenues from microtransactions in GTA Online and will take this mode extremely seriously, preparing for it well.

Is the future here?

Could it be the premiere of one of the most important games of the 2020s? Has the 21st century already happened? We're talking, of course, about Half-Life: Alyx  a one-of-a-kind virtual reality experience. Not the virtual one, but the real one, with goggles on one's head. The lucky ones who have had the chance to get through the game in this way are talking about the revolution in the gaming world and the mechanics that are becoming available with VR. Will such equipment and games become commonplace in the coming years? Are You Ready Player One?