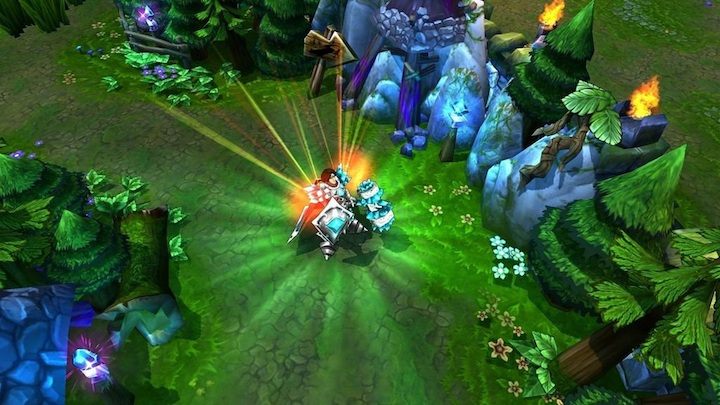 Another game in this line-up, whose origins date back to the earlier decade, but its enormous influence has only been apparent in the last 10 years. League of Legends, colloquially known as "LoL", is a classic MOBA, or Multiplayer Online Battle Arena, viewed in an isometric format, in which teams of champions clash with each other in a fantasy world. The game quickly won the hearts of players with its great setting and widespread availability in the free-to-play model with microtransactions. Despite its flaws and problems (e.g. with toxic community), it remains the most popular game of its genre, attracting up to 8 million users daily.

What do we owe League of Legends?

Just as Minecraft grew out of YouTube videos, League of Legends gained popularity with the rise of the Twitch platform. The large number of people playing LoL on PCs went hand in hand with the number of people watching the games live. One of the reasons was not that people like to watch others play, just a fairly high difficulty of the game. Many simply learned by watching the best play. And the authors, Riot studio, got better at updates that not only fixed errors, but made regular changes to the existing "meta" forcing everyone to constantly improve their tactics.

High difficulty levels, fierce competition during games and a mass of viewers on Twitch  such a mix resulted in a huge boom in e-sports when Riot began hosting the League of Legends Championship Series  a professional real-life competition. The developers of LoL are considered to be the first to engage so heavily in the e-sports aspect of their work. More than 300,000 spectators watch them every year, sponsors like Coca-Cola and Acer appear, and the U.S. government sponsors sports visas for foreign athletes.

Big companies that tried to make their own LoL but failed: