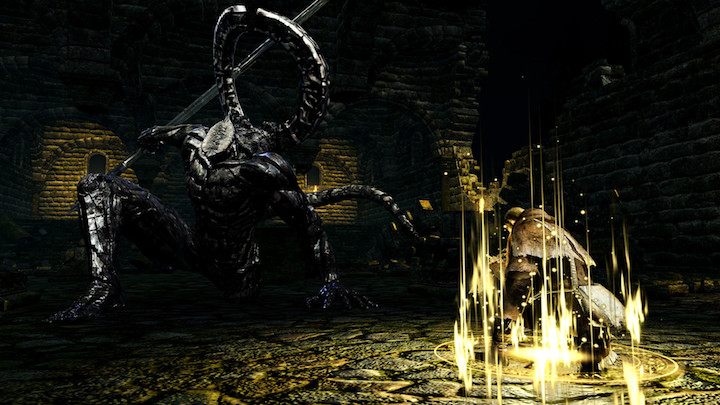 Demon's Souls was the first, but it was the Dark Souls trilogy by FromSoftware that made a big impact in the gaming world. Games - because in this case we are no longer dealing with a pop culture phenomenon, but simply with a great production for demanding players. At first glance, it looks like a third-person RPG set in some grim fantasy world. It quickly turns out, however, that this is a world created by a mysterious artist, in which the plot is given in a vestigial way, there is no shortage of understatement, and the way to know everything is blocked primarily by a unique fighting system, which has passed into legend because of its difficulty level. For some it was an insurmountable wall, and for others it was finally a decent challenge among the increasingly dominant "hardcore" players.

What do we owe Dark Souls?

The Dark Souls series primarily influenced the creation of other soulslike games Other titles were created where only a silent, armor-encrusted warrior and the combat system mattered, sometimes slightly simpler than the original, sometimes equally difficult. Without Dark Souls, there would be no NiOh, Sekiro, Lords of the Fallen, The Surge or another FromSoftware studio masterpiece, Bloodborne.

The Dark Souls series' difficulty level became a trademark. Some games are often referred as "Dark Souls of its genre" e.g. Escape from Tarkov is a Dark Souls of FPP genre. The FromSoftware Studio continues to prove that, with the general trend of making easy games that practically complete themselves on their own, there is still room in the market for very high-difficulty titles. And looking at the number of copies sold, they're not a niche at all.

What games have emerged due to the popularity of The Dark Souls series?