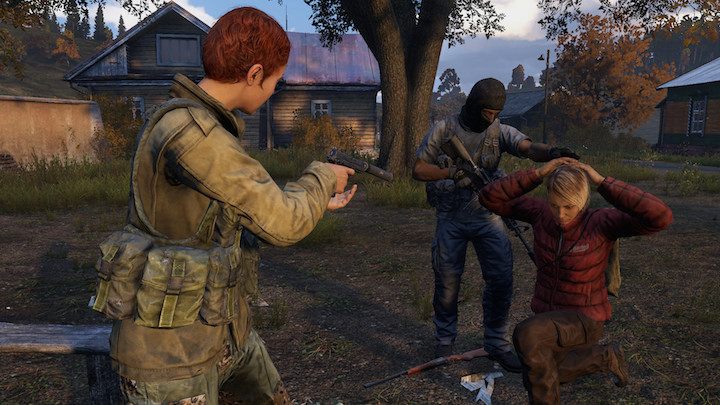 In the beginning, DayZ was a mod for ARMA 2. Then there was the stand-alone version, which was stuck in the hell of eternal Early Access, with no clear vision for the final product, until suddenly five years later the finished game was released. DayZ, with its stark post-zombie apocalypse world, where the players had to fight not only zombies, but other players pioneered the fashion for hardcore survivals online. The game quickly became famous for situations generated by the so called optional PvP. On a large map, players would bump into each other again and again and then they could either work together or fight each other, depending on the intent.

Bizarre behaviour such as forcing people to sing their country's anthem under the barrel of a rifle, being flown by helicopter to an island from which there was no return, or much rarer cases of helping budding players appeared. In fact, these interactions became the core of DayZ, which always lacked any clear, far-reaching goal other than the usual "survive another day."

What will DayZ be remembered for?

DayZ's history is long and bumpy, which made a big impact on games of the past decade. First, DayZ has become synonymous with the poor use of early access. The players pounced on an unfinished product full of errors, which discouraged many of them before the proper premiere. The game fell victim to either over – ambitious plans or a lack of a coherent vision - it's hard to remember that now.

On the other hand, DayZ, since its beginnings as an ARMA 2 mod, has started a huge boom in survival games. During its heyday, we received survivals that were good or bad, and some of their mechanics made their way to bigger titles from other genres. Some even boldly reached for the optional multiplayer, which was met with either a somewhat cool reception (Tom Clancy's the Division) or a large dose of applause (Escape from Tarkov).

Moreover, DayZ is also the beginning of fashion for all kinds of battle royales. It may be the Minecraft mod that was the first, but it was DayZ that introduced the players to battle royales and laid the foundations for a worldwide boom which by looking on the number of players playing Call of Duty Warzone and Fortnite, lasts to this day.

What games have emerged thanks to DayZ?