It's not easy to make a good and original game. There's more! It is not easy to make a good game, even by cloning an existing, sensational production and introducing much more options, increased budget and having access to modern hardware, which you have not dreamed of a few years before. Perhaps, however, a very bad game is also a way to be noticed in the deluge of other, mediocre titles that usually slip unnoticed in the bottomless pit of digital stores.

Because among the numerous summaries at the end of the year, the worst games are one of the most popular subjects. Among them, there are various bizarre items that were doomed to fail from the very beginning. There are also huge disappointments – games that have tried to become hits but have failed all along. Of course, it isn't possible to list all the weak titles of 2021. So, we present you with a list of games that most often appear in such rankings or, in general, have failed all of us. 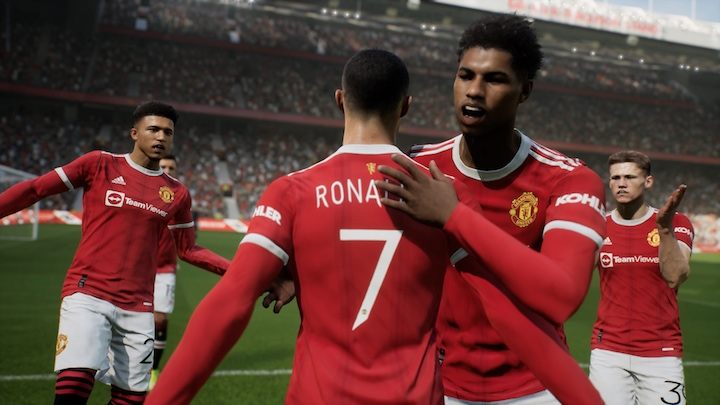 A simulator of the most popular sport in the world – from a recognized publisher with experience in the genre, in a free-to-play model! Sounds like a recipe for success and an opportunity to strike a blow to the slightly rusty competition. Konami mounted a nice counterattack, but the execution was amateurish. The acclaimed Pro Evolution Soccer has turned into eFootball, and it was a total disaster!

At release, the game was met with thousands of crushing ratings and negative reviews. Basically everything was criticized: terrible graphics quality and hopeless optimization despite switching to a modernized engine, caricatured appearance of players, bad key gameplay mechanics, poor content and a huge amount of bugs. The new eFootball on PC looked like a budget mobile game. The publisher's apologies and promises to fix the game were useless. We have to wait until spring 2022 to see if anything will change. Until then, eFootball 2022 is likely to remain one of the lowest-rated games that should be quickly forgotten.