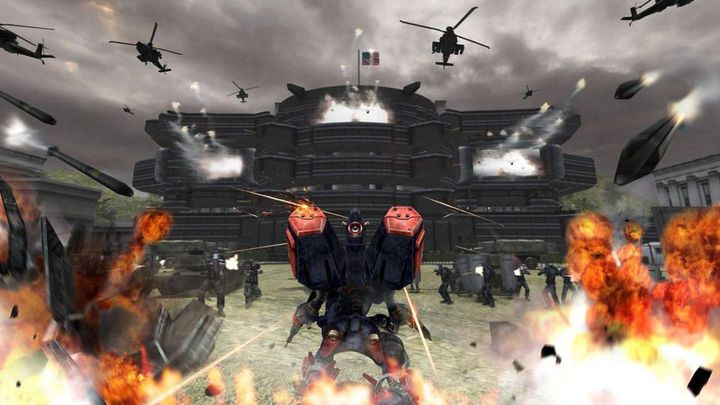 Do you know what the creators of Dark Souls, Bloodborne and Sekiro were doing before they started making overly difficult action-RPGs? No, we're not talking about Tenchu, nor cyber-Tenchu (i.e. Ninja Blade), nor even Armored Core, although the latter is the closest to the game we mean. Someone? Anyone? No? Well, we mean the cult Metal Wolf Chaos for the original Xbox.

Why is that game on our list? That's because we play as the former president of the United States, betrayed and impeached by his closest ally. The protagonist, however, isn't some namby-pamby whiner, who can only deliver speeches and sign documents. Rather than going to Montana and hiding in the forest, he takes a big friggin mech and decides to make America great again himself. But how does he do that? Well, basically, by destroying everything that comes into his sight.

It's quite difficult to recommend this game today because its biggest advantages are now rather outdated  this includes, among others, the destruction of environment (the engine used by the developers was really powerful back in 2004). Still, it's a solid action game  if you don't mind playing an older title, that is.