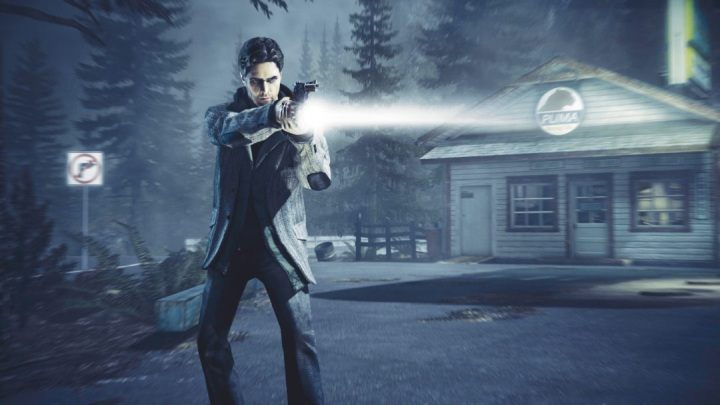 We've been waiting for almost a decade to learn what's become of the man.

Chances of a release on other platforms: reasonable

Ever since 2003's Max Payne 2, Remedy has not made a sequel  every next project of this team is a completely new adventure. Wit the recently released Control, the devs proved they didn't forget their heritage. This game's not only full of references to the adventures of the writer, but it's also supposed to get DLCs directly related to them. It also gives hope that maybe Remedy Entertainment will finally buck the trend and create a successful follow-up to the 2010 action game.

The original Alan Wake, in which we visited the sleepy city of Bright Falls, captured by mysterious forces, was saturated with Stephen King-like atmosphere, also harking back to the Twin Peaks TV series. Our main weapon in the fight against any danger was... a flashlight, able to ward off the monsters threatening us.

The game had wonderful atmosphere and intriguing story, but the mechanics were repetitive  that's at least one thing that could be revamped. Control is one of the most juicy TPP shooters of the recent years, so the team has the right basis  the tried solutions could be transplanted to a new game. But most of all, we just want the rest of the story!

The story of Tomb Raider is a vicious circle of successful reboots and underwhelming follow-ups that played it too safe. We are currently at the point, where the conclusion of the Shadow of the Tomb Raider trilogy has sold below expectations. That means the next installment is likely to be a bold reboot again. Fingers crossed! Never enough of the first lady of video games!