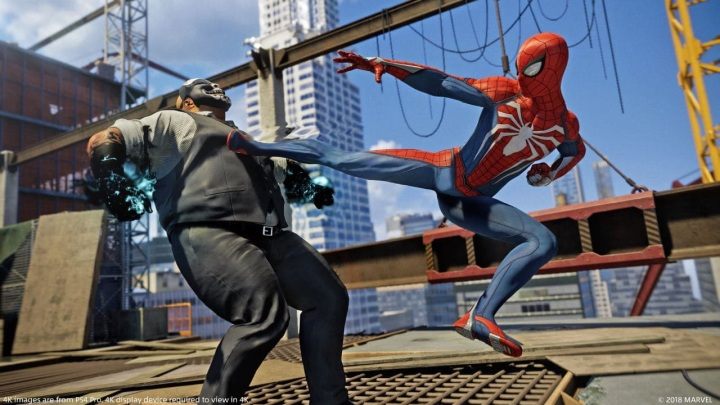 Marvel has some good superhero games.

Chances of a PS5 release: solid

Chances of a release on other platforms: remote

Although Marvel heroes regularly own their competitors from DC Comics, things were totally opposite in video games for years. Batman Arkham games from Rocksteady were the lord's of all their survey in the action genre; NetherRealm's Injustice reigned supreme among the brawlers. Marvel fans, in the meantime, had to do away with mediocre Spider-Man games from Activision, and the memories of the heyday of Marvel vs. Capcom.

Things leveled off when Sony decided to make Spider-Man one of its exclusive titles. Not afraid of investing big money, and hiring Insomniac Games (creators of Ratchet & Clank and the first installments of Spiro the Dragon) for the task paid off, producing one of the best superhero games of recent years, which was more than capable of taking Rocksteady's Arkham series head-on.

Spider-Man's success was partly attributed to the great mechanics of swinging on the webs around the New York, which indeed was pure pleasure. We can expect the sequel to deliver at least as good an experience. It would also be cool to get some more interesting side quests  those in the original game were alright, mainly thanks to the movement model, but they definitely could use more variety in terms of content and story. And since we're talking about story  making Miles Morales the second protagonist, with a unique set of abilities is mandatory!

Fans have been demanding the glorious return of Sam Fisher for years. Ubisoft is toying with us: giving the famous hero some time in a special mission in Ghost Recon, one moment they confirm the rumors announcing the return of the iconic franchise, the next, they refuse it altogether. It's been six years since Blacklist came out; there's no word on the next Metal Gear either  and we can't play Hitman till the end of days (even though it's a great game). In other words: it's time for those three green dots to light up again!