Chance of appearing on other platforms: none (except the PS4, on which the game would surely be released)

We're back in the golden studio of Sony, Naughty Dog. The works of this collective for many years used to be characterized by two features  very high quality of execution and light, not very ambitious stories. The latter changed in 2013, along with the release of The Last of Us. The game, like the previous productions by the creators of Uncharted, offered a great setting and fun mechanics, but it also added to it a compelling and memorable story embedded in a grim, post-apocalyptic world. 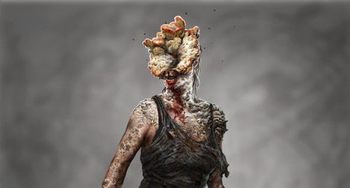 The Last of Us is basically a zombie game. The developers, however, figured out a way to make the idea fresh. Instead of a virus, or voodoo magic, people get infected by... a fungus. The inspiration was a real fungus of the cordycipitaceae family that attacks insects.

The Last of Us: Part II was officially announced back in 2016. The title was announced for the PlayStation 4 and will be released as soon as February 2020, but there are good chances we'll also get it for PS5  probably in a revamped version. This time, the main character will be Ellie, five years older than in the first part. We will also see Joel again  although we will return as a supporting character. The story should be even darker than before, and the main motif will be hatred. Interestingly, the developers warned that they intend to change the way the story is told, that the game may not suit the taste of some of the fans of the first game.

In terms of mechanics, this game will offer similar solutions as before. We will get, however, a few improvements. Maps will become bigger and more interactive, opponents will be more intelligent, proving an even greater threat. The stealth and combat systems will also be revamped  the devs are betting on more realism. 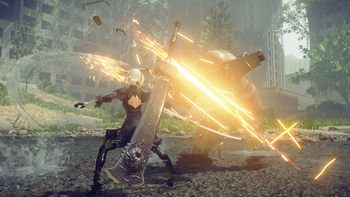 Yoko Taro was an adored, but also very obscure developer for years. The situation changed with the debut of NieR: Automata, where an amazing, depressive plot was supported by very robust mechanics. The series gained millions of fans who quickly caught up and also got acquainted with the first part of the series, and began to look forward to the next project of their new hero. Hopefully there will be another NieR  the universe presented in the two games has a huge potential.