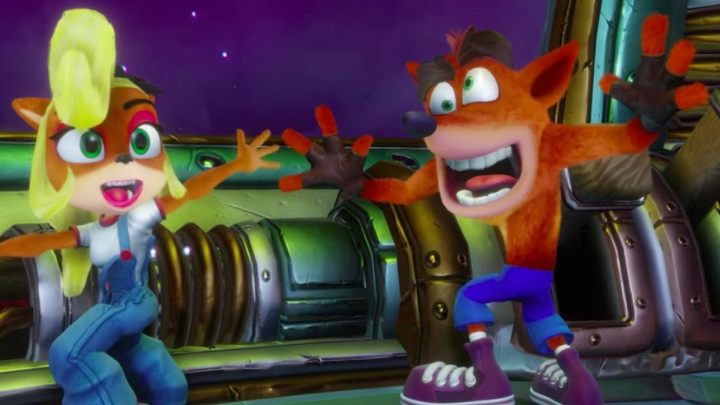 After such a return, Crash has to get new installments.

Chances of a release on other platforms: reasonable

After the success of Crash Bandicoot N. Sane Trilogy and Crash Team Racing Nitro Fuel, it would be very strange if Activision did not try to keep the momentum, and prepare the next installment of Crash' adventures. Games from the series are practically waiting in line to get remastered, including the party-game spin-off, Crash Bash. There's also a bunch of these games that were quite unsuccessful on PlayStation 2. Still, a much better idea seems serving a completely new installment in the series of cult platformers.

Crash Bandicoot of the new generation wouldn't have to introduce drastic changes to the formula  or even shouldn't. Giving up the corridor character of levels was one of the reasons for the series' demise.

In order to please players, it would be enough to give the proven solutions a new framing, create inventive levels, perhaps add new moves to the main character or introduce new mini-games. Not much would have to change beyond that.

The continuation of the Metal Gear series without Kojima does not make much sense, as demonstrated by the failed experiment called Metal Gear Survive. But a remake of the venerable Metal Gear? Created on a modern graphics engine with fun mechanics, based on the Phantom Pain? Yes sir, I'll have two of these! This production can not only re-tell the classic storyline, which is a bridge between MGS5 and MGS1, but also complement some of the inaccuracies and gaps left behind after the shocking conclusion of the last main part of the cycle. Maybe Konami would manage.